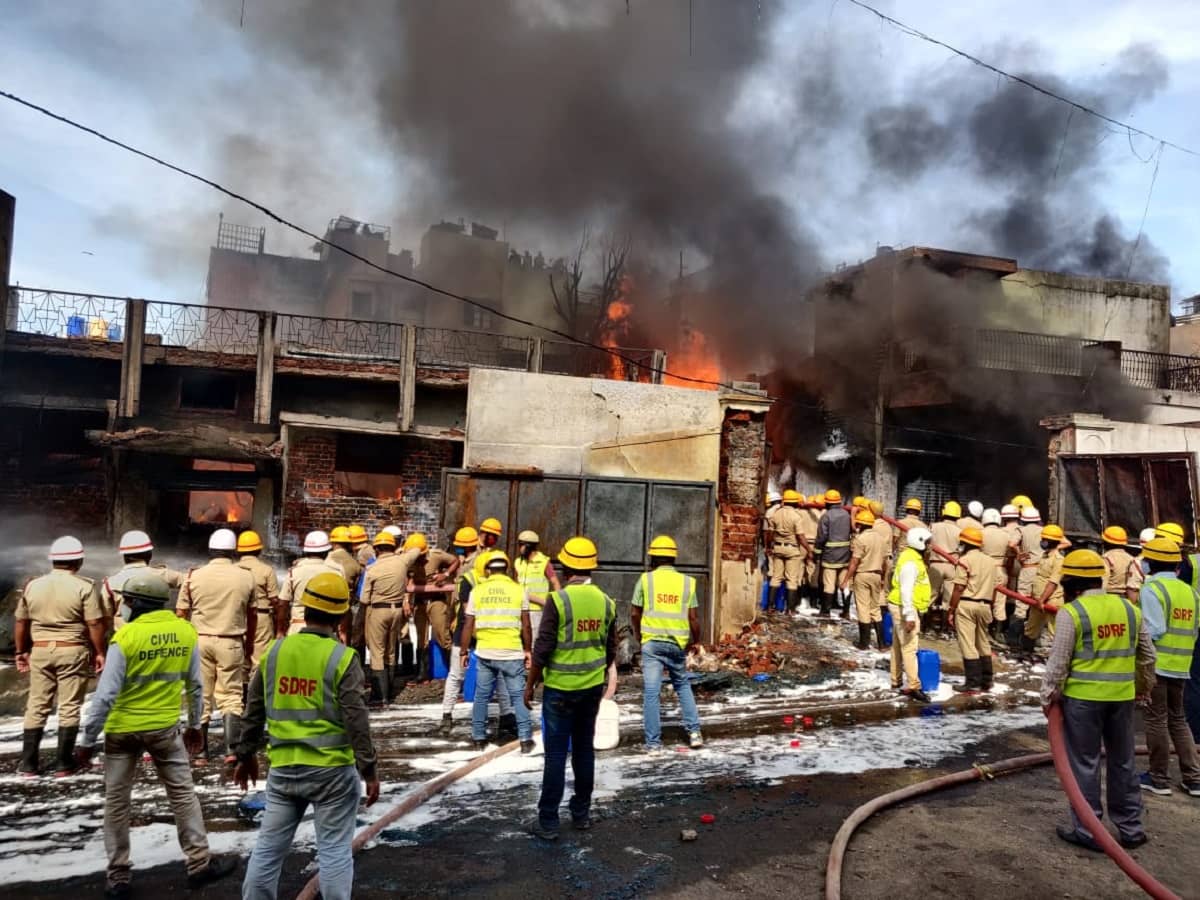 Bengaluru police have arrested the three owners of the chemical units over the incident of fire.

A 30-year-old man in Bengaluru, who was working in Renuka Chemical Godown where a massive fire was reported on Tuesday, succumbed to his injuries on Saturday, making him the first casualty of the mishap. The victim has been identified as Bijay Singh, according to Deccan Herald. The Times of India reported that he was admitted to the Victoria Hospital in the city and was suffering from burn injuries.

The DH report said that he had suffered 30% burns in his back and abdomen. According to police, doctors had warned that his chances of surviving were little as the burns would have injured his lungs, kidneys and other vital organs.

Reports said that Bijay was one of the four workers who were carrying and moving barrels of chemicals at the godown at around 10:30 am in the morning when the fire broke out. DH said Bijay hails from Odisha and has been working at the factory floor for the last five years and was also staying in an accommodation provided by the factory. He is survived by two children and his wife, who all live in Odisha.

Further, the police said that eight people, including fire and emergency personnel, who were injured in the fire are recovering.

As reported earlier, on Tuesday, the residents of New Guddadahalli, near the Deepanjali Nagar Metro Station, called the South Fire Station to report a fire at what they claimed was a “chemical factory” in their locality. The fire which started at the Renuka Chemicals soon spread to nearby residential areas too and to Bhagyalaxmi Switch Gears, an electrical parts manufacturing factory, located next to the godown.

Later on Wednesday,  Bengaluru police arrested the three owners of a chemical unit of Rekha Chemicals and Rekha Chemical corporation. The owners Sajjan Raj, 66, Kamala, 60, and Anil Kumar, 30, for conducting their business from a thickly-populated residential locality and without obtaining any requisite permissions from Karnataka Pollution Control Board, Bruhat Bengaluru Mahanagara Palike (BBMP) or Fire and Emergency Service departments.