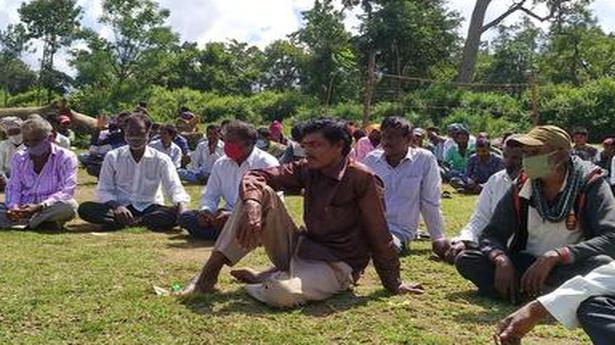 Nearly 1,200 tribals in Hunsur taluk of Mysuru district stare at an uncertain future, as their review petition for recognition of their claims over forest land under the Scheduled Tribes and Other Forest Dwellers (Recognition of Forest Rights) Act, 2006, was rejected by the local authorities.

NGOs fighting for tribal rights fear more applications may be rejected and are bracing for a showdown with the authorities on the grounds that the review was done cursorily.

In Mysuru, 7,275 tribals had originally sought benefits under the forest rights Act (FRA), of which 755 were approved and 6,459 rejected.

The review of their claims followed a State government directive which was warranted as a consequence to a Supreme Court order on a case questioning the validity of the FRA.

The SC in 2019 ordered the eviction of nearly a million people across India whose claims had been rejected. But the court stayed its earlier order and directed all State governments to file a review petition and submit a report.

S. Sreekanth, of Development through Education (DEED), told The Hindu that nearly 1,200 applications from Hunsur had been rejected and the applicants received a communique stating that they had failed to furnish evidence to substantiate the claims of their stay inside the forest. “The letter was issued in the last week of October,” said Mr. Sreekanth and expressed concern that more applications could meet the same fate.

The FRA was enacted 13 years ago to recognise the rights of the tribals over the forests apart from community rights over common property resources.

“But instead of taking steps to correct a historical injustice, the authorities have discarded their application without application of the mind,” alleged Mr. Sreekanth.

He said in a country where maintaining records of evidence and documents are a recent phenomena, expecting tribals to provide records, to substantiate claims that they lived inside the forest before their eviction in 1972, was ridiculous and was in contravention of the concept of natural justice.

He said the High Court of Karnataka took cognisance of their application in 2006 with regard to the forest rights of tribals displaced from Nagarahole.

It had constituted a three-member committee, headed by Muzzafar Assadi, as per which nearly 3,140 tribals have to be rehabilitated and this report is proof enough for the displacement of the tribals.

“But the sub-divisional committee has failed to take cognisance of it,” according to P.K. Ramu, tribal leader from Hunsur.

Many of the applications have been rejected on the grounds that their individual claims under FRA lay within the tiger reserve (Nagarahole) and hence cannot be maintained.

The NGOs have argued that in such cases the authorities should first recognise the rights and subsequently provide alternative solution by way of rehabilitation instead of rejecting the claims. A senior official in the district administration said the affected parties can file objection within 60 days. The process is far from complete and there are many applications pending in H.D. Kote and will be completed by December, the official added.