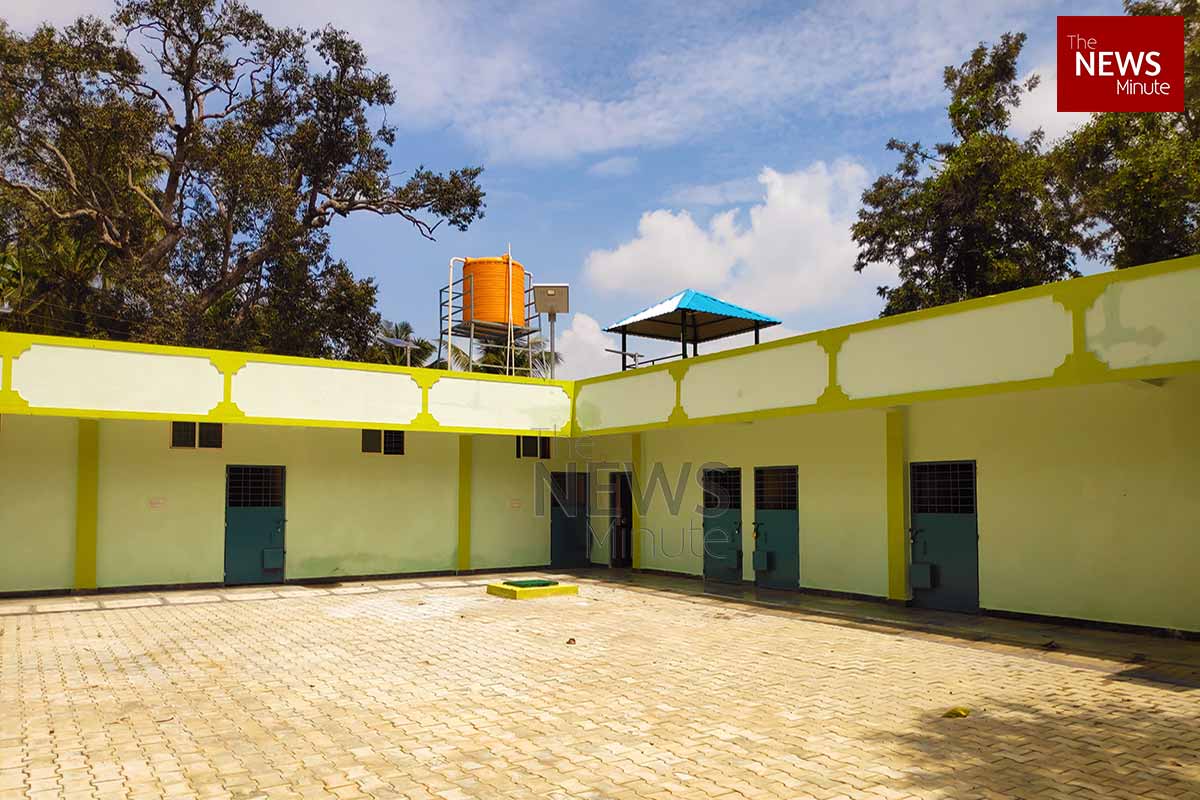 The detention centre is located in Nelamangala, 40 km from Bengaluru.

The Karnataka government’s detention centre built 40 km outside Bengaluru to detain illegal immigrants is now open and a Sudanese national whose visa expired in 2016 has become the first person to be detained here.

Located in Sondekoppa village near Nelamangala in Bengaluru Rural district, this is the first detention centre to be opened in the state. The facility has been operational since the last week of October, a year after its construction was completed. It has a capacity of detaining 30-40 people.

TNM visited the detention centre in October and found that police officials were deputed there. The detention centre has six rooms where illegal immigrants will be housed, along with a common kitchen and a common bathroom while barbed wires run along the compound walls on all four sides. The centre also has two watchtowers constructed on two corners and a security room at the entrance.

Read: NRC in Karnataka? Inside the detention centre for illegal immigrants 40 km from Bengaluru

Detention centre in Nelamangala outside Bengaluru

RTI documents accessed by TNM showed that the Social Welfare Department of the Karnataka government will manage the detention centre and security will be provided by Bengaluru Rural police. The L-shaped building was built in 1992 as a hostel for SC/ST and other backward classes (OBC) students of a nearby school, but after the strength of the students in the hostel continuously decreased, it was closed in 2008. The building was re-purposed to be used as a detention centre last year.

Despite its appearance, authorities tasked with managing the detention centre deny that it is a prison. “There is no prison-like schedule and those detained here can move freely within the facility. They can contact friends and relatives with permission. There is a connectivity issue at the moment but it will be solved when resources like computers, internet access and telephone are added in due course of time,” an official connected to the detention centre told TNM on the condition of anonymity.

The official insisted that it was simply a movement restriction centre where those detained will be able to stay until they are deported. “A detention centre helps instil fear in those illegally staying here (in India). It will partially affect their freedom since they cannot move out but they are free inside the centre,” he added. The official said that without such a facility, illegal immigrants often go underground and evade deportation.

Who is an illegal immigrant?

Illegal immigrants are foreigners convicted for entry without a passport/visa or those who have stayed in the country beyond the time period prescribed in the visa. The Foreigner Regional Registration Offices (FRRO), a body constituted by the Ministry of Home Affairs (MHA), has powers under section 3 of the Foreigners Act to restrict illegal foreigners.

A 2019 MHA manual states that illegal immigrants can be identified by state governments or law enforcement agencies. They can also be people declared foreigners by the Foreigners’ Tribunal, foreigners who arrived on fraudulent documents, foreigners restricted by FRRO, and foreigners violating visa norms or detained for suspicious behaviour. 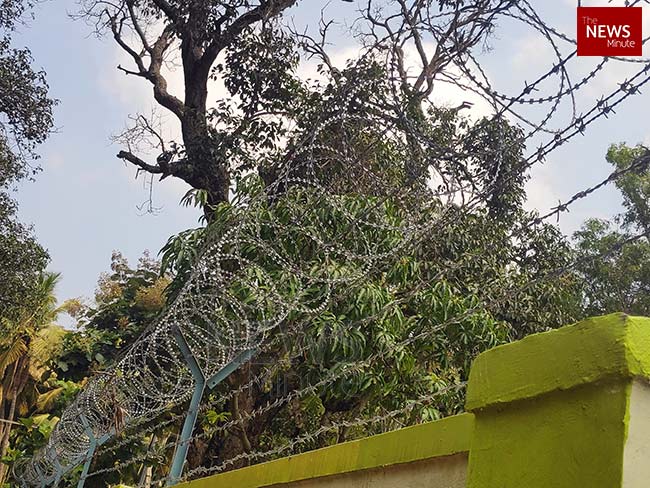 Sudanese is first person detained at the centre

The first person detained at the centre is a Sudanese national who overstayed in Bengaluru after arriving on a student visa in 2016. “He was not registered at an educational institution or pursuing his studies. He was staying illegally in Bengaluru and was jailed. He didn’t get bail for nine months, after which he approached the Karnataka High Court, which ordered that after his release he should be placed in a detention centre near Bengaluru till the trial is completed,” the official said.

Another person – Toichubek Uulu Bakytbek – a Kazakhstan national who violated the conditions of his tourist visa in Bidar district was also directed to the detention centre outside Bengaluru until his case is disposed of. 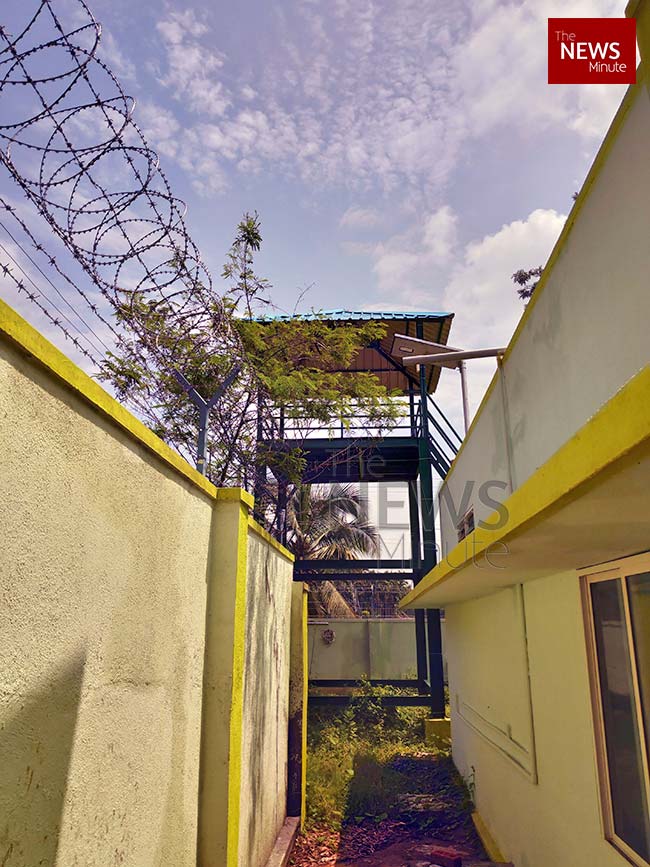 According to the official, there are also cases of foreigners who go underground while waiting for proceedings in criminal cases against them to be completed. “Even though they are issued notices to leave, some may stay underground. At times, they indulge in criminal activities. Such illegal foreigners may now be placed in the detention centre till completion of deportation process,” the official added. 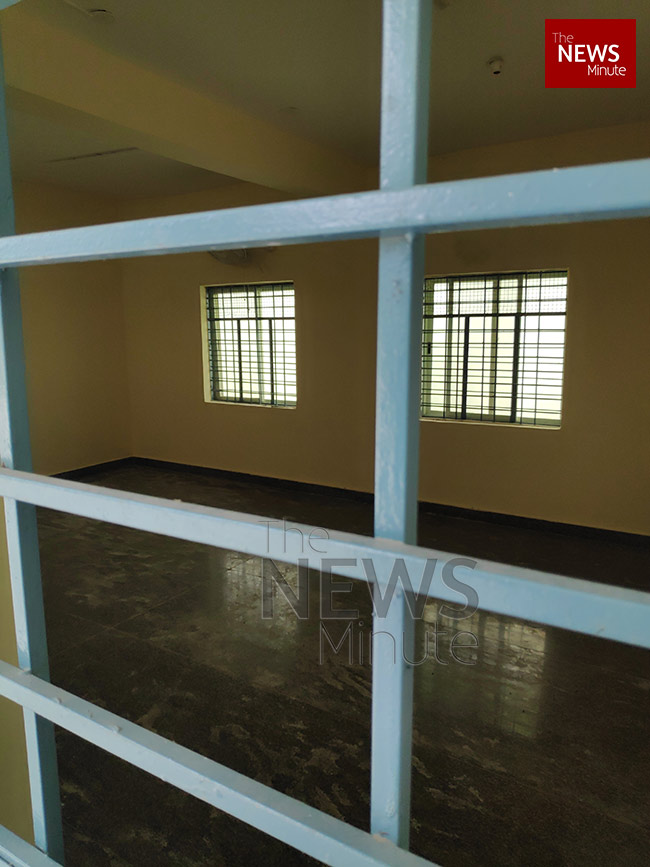 In May 2020, while hearing the case of Babul Khan, who was arrested along with his daughter Taniya on suspicions of being an illegal immigrant from Bangladesh, Justice Phaneendra of the Karnataka High Court passed an order stating that illegal immigrants should be detained in foreigner detention centres. Khan and his daughter were arrested in August 2018 from a migrant settlement in Bengaluru’s Sarjapur and their arrest report submitted in court stated that they were in possession of bullets. They were granted bail earlier this year after a marathon hearing which discussed questions of Indian identity and who is an illegal immigrant. The bail order stated that the father-daughter duo will be shifted to a detention centre near Bengaluru.

But despite the order, the duo remained in judicial custody and completed their sentence three months ago after they were unable to furnish surety for the bail. They were not shifted to the detention centre even after they completed their prison sentence of two years. The lawyer representing them has now urged the police to shift them from judicial custody to the detention centre before they are deported back to Bangladesh.

“The accused persons have completed the sentence and are waiting in judicial custody itself for the FRRO report and exit visa. Once the formalities are completed, they will be deported to Bangladesh. But despite the court order, they weren’t shifted to the detention centre,” their lawyer Sirajuddin Ahmed said.

The lawyer said that the duo was found with fraudulent Aadhaar cards and was unable to prove their Indian citizenship. He added that even though they were not found with Bangladeshi identity cards, they were booked under the Foreigners Act. 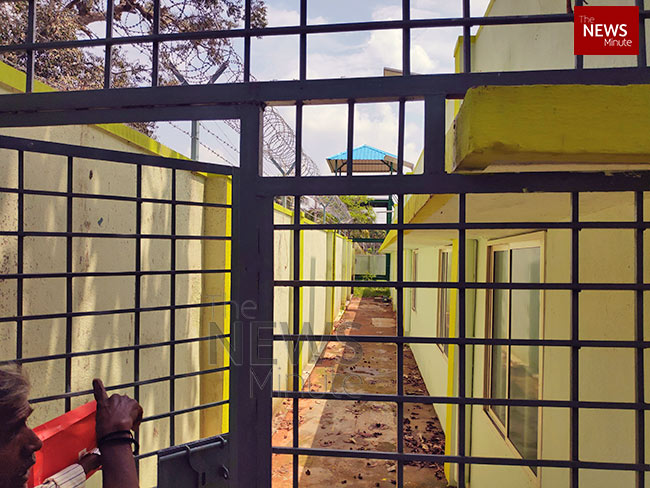 The case of the father-daughter duo raises questions over whether the detention centre could be used by the state government for detaining people identified through a citizenship exercise like the proposed National Register of Citizens (NRC). The NRC was first implemented in Assam and a year ago, Karnataka Home Minister Basavaraj Bommai discussed the possibility of implementing a similar exercise in the state. After a public outcry, he clarified that the detention centre outside Bengaluru was not connected to the NRC.

“The NRC was not in existence when the detention centre was planned. The main focus is on illegal foreigners who are violating Indian laws and our enforcement is lagging behind in this regard. This centre is in line with other countries where detention centres are in place, it is not linked to the NRC,” the official connected to the centre said.

The first set of instructions related to foreigner detention centres can be traced to July 1998 in a letter written by the MHA to states and union territories. This predates the NRC, which was introduced in the Citizenship (Amendment) Act, 2003. It has been a contentious topic and those left out of the NRC list could be rendered stateless if the country from which the ‘foreigners’ are originally said to be from accepts them to be citizens.

According to officials, there are currently 729 illegal foreigners in Karnataka, and say that this number keeps changing continually. The Karnataka government has told the High Court that it has identified 35 spaces in different districts in the state to convert them into detention centres. Officials said that the highest number of illegal immigrants are from African countries, usually found overstaying their visa limits. “Most of the illegal foreigners belong to countries such as Nigeria, Sudan, Yemen, etc,” the official added.