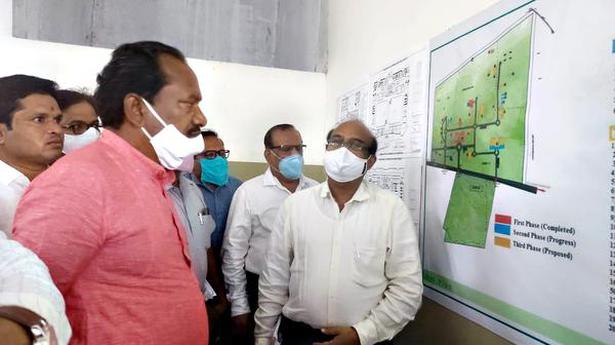 ‘Govt. is not in a hurry to enact the law and it will discuss it with farmers and stakeholders’

The government will introduce a law to ban cow slaughter in the State, Minister for Animal Husbandry, Waqf and Haj Prabhu Chavan said in Vijayapura on Tuesday.

“I will present a Bill to prevent cow slaughter in the coming Assembly session,” the Minister told journalists. He, however, clarified that the government was not in a hurry to enact the law and that it would discuss the issue with farmers and other stakeholders.

“A committee headed by the Commissioner of Animal Husbandry Department will study various aspects related to the issue. It will make a comparative study of similar laws in Gujarat and Uttar Pradesh,” he said.

He said that the Department of Animal Husbandry would soon fill the posts of veterinary doctors and other personnel. “We are suffering from long-pending vacancies of nearly 50 %. We have a sanctioned strength of 18,000. But we are operating with only around 9,000. I have spoken with Chief Minister B.S. Yediyurappa on this issue. He has assured me of clearing a proposal to fill vacant posts in a phased manner,” he said.

It has come to the notice of the government that there are no veterinary doctors in several villages. A single doctor is in charge of a group of villages and he doen’t attend to livestock on time. To address this issue, “we will open an animal helpline. Farmers could register their complaint at the centre by making a phone call. Once it is registered, it will be forwarded to the jurisdictional veterinary doctor. He will be bound to attend to the call in a certain time period and keep a record of his visit,” he said.

Apart from Bengaluru, a Haj house has been approved for Mangaluru. Based on need and availability of land, more such houses will be sanctioned, he said.

He visited the Karnataka Milk Federation in Vijayapura and laid the foundation stone for the construction of a veterinary hospital in Nidagundi town.

Earlier, Mr. Chavan visited the construction site of the veterinary college in Kokatnur near Athani in Belagavi district

He admitted that the building was delayed due to paucity of funds.

He said that construction would soon be completed and the college could start functioning from the next academic year.