Former Mayor denies allegations, claims he was under quarantine 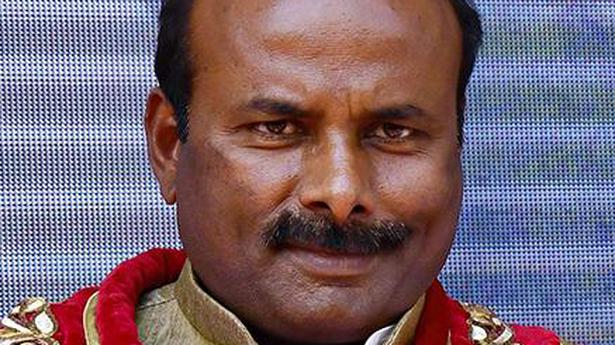 The Central Crime Branch police on Wednesday questioned former Mayor Sampath Raj to ascertain his role in the violence at D.J. Halli and K.G. Halli on the night of August 11 and how he was able to evade arrest for nearly a month.

Mr. Raj, who has been accused of conspiracy and playing a part in instigating the mob to set fire to Pulikeshinagar MLA R. Akhanda Srinivasa Murthy’s house, had been absconding since mid-October.

He, however, refuted allegations of his role in the violence or that he was attempting to evade arrest. “He claimed that after he was discharged from a private hospital [on October 14] where he had been admitted for COVID-19, he quarantined himself at home as per the rules. He also claimed that he had worked hard to ensure the MLA’s victory,” said a source. According to senior police officials, Mr. Raj took shelter at a legislator’s house before fleeing to a farmhouse in Nagarhole. He was allegedly driven there by his aide, Riyazuddib, who was later arrested. “He changed locations frequently to avoid the police teams tracking him. He even travelled in buses, and got updates from his friends in Bengaluru about the development in the case. His friends would go to meet him at designated locations to help him,” said a senior official.

While on the run, he reportedly tried to apply for anticipatory bail but failed. “When he realised that he was running out of options, he returned to Bengaluru and stayed at his friend’s house in Benson Town, where he was arrested on Monday,” said a police official.

The police are also gathering details on all those who helped him evade arrest. The CCB has been granted custody of Mr. Raj for two days. “It ends on Thursday and we plan to seek an extension,” the official added.