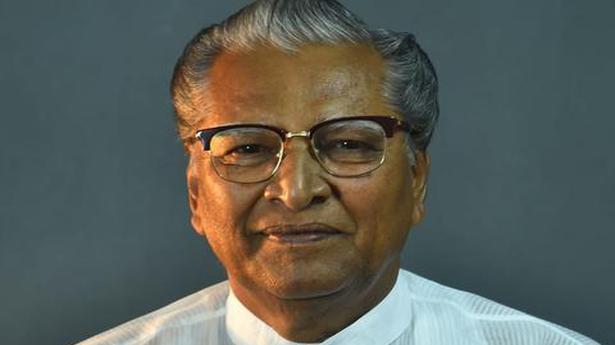 An exemplary artist who specialised in cement structures, Thippanna Basavanneppa Solabakkanavar had been involved in setting up of several open museums across the country.

Artist T.B. Solabakkanavar passed away at a private hospital in Hubballi after a brief period of illness on Thursday. He was 73.

Solabakkanavar, who served as the Chairman of Karnataka Bayalata Academy, and is a Rajyotsava and Lalitkala Academy awardee, passed away at around 2.45 a.m. on Thursday. He was admitted to a private hospital in Hubballi a few days ago, but his condition deteriorated on Wednesday.

An exemplary artist who specialised in cement structures, Thippanna Basavanneppa Solabakkanavar had been involved in setting up of several open museums across the country. He was the brain behind the Almatti Rock Garden, Krishna Garden, Lava Kush Garden and Folk Museum at Almatti. With his son Rajaharsha, daughter Vedarani and son-in-law Harsha, he created Utsav Rock Garden at Gotagodi in Shiggavi taluk of Haveri district, which has found place in the tourist map of Karnataka.

He was responsible for the creation of over 10,000 cement sculptures and for training over 3,000 artistes through his institution ‘Shilpakala Kuteera’. Solabakkanavar wanted to create a sustainable model that promotes both art and livelihood for artists and had succeeded in that to an extent through his various art projects. At Utsav Rock Garden, he had initiated daily performances of Bayalata, an open theatre dance drama performance. He has also set up the lone research and training institute in Bayalata named the ‘Karnataka Doddata (Bayalata) Trust’.

He was invited by the Governments of Jharkhand, Orissa and West Bengal for setting up open museums in those States.