With hostels still shut, students are unable to return to campus 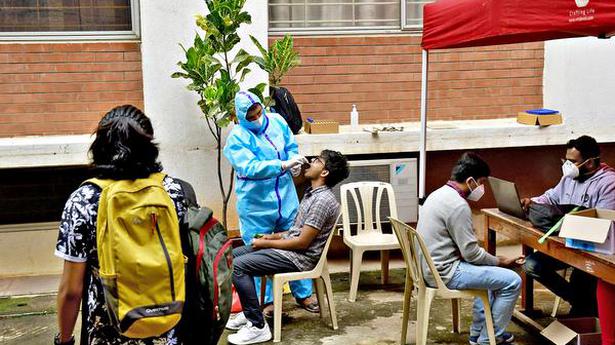 Although many final year students wish to physically attend classes they are unable to do so as a majority of hostels are still closed.

With no access to accommodation, students from outside Bengaluru said they will continue with online classes.

A science student from Chickballapur said she wanted to return to campus as she was finding it difficult to grasp concepts through the online lectures. “I even got tested for COVID-19, but learned that hostels were not open,” she said. There are also reports of hostel wardens turning away students on the grounds that they do not have many reservations to make it viable to operate.

“The wardens are telling us that it will not be possible to open the hostel and provide food for just two or three students. They told us to come back after a week,” a final year BA student of Bangalore University said.

Another postgraduate science student from a village in Kolar who is enrolled in government college in Bengaluru said that prior to the lockdown she had quarters in a hotel for students belonging to backward classes. But the hostel is still closed.

“I came to Bengaluru and I am now staying with my relatives. They have told me to start attending classes only once the hostel re-opens so that I do not expose myself to COVID-19 while commuting, and infect them,” she said.

Most of the government hostels are run by social welfare, minorities and backward classes departments, while many are run by the respective State-run universities.

T.D. Kemparaju, Vice Chancellor of Bengaluru North University, said that they will open hostels after around 10 days depending on the number of students who turn up. “We will have to make arrangements accordingly,” he said.

K.R. Venugopal, Vice-Chancellor of Bangalore University, said that he has instructed wardens to start operations from Thursday and provide food even if the student strength is low.

However, Social Welfare Commissioner Ravikumar Surpur said that all the hostels run by the department were fully sanitised and open and the department had also issued standard operating procedure. Students have to produce a COVID-19 negative certificate before occupying the hostel. The hostel authorities have also been told to fill up only 50% of their total capacity.