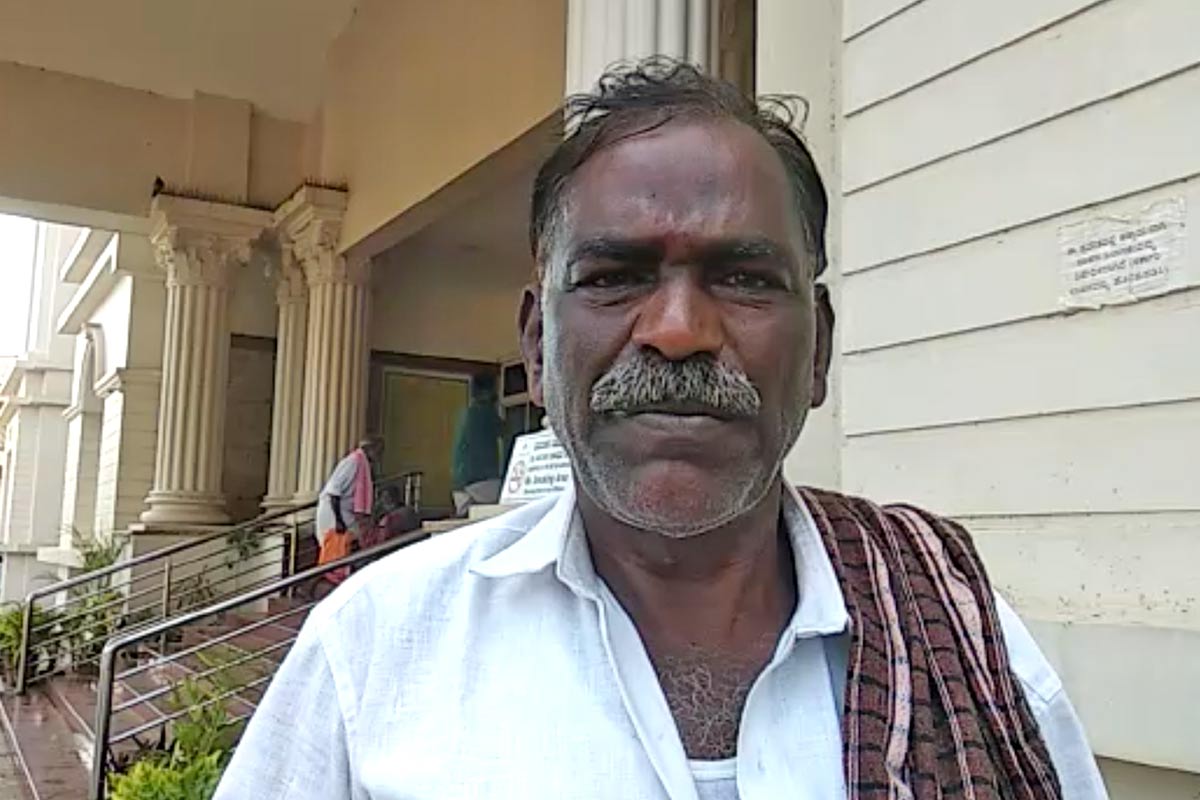 Mallikarjun Shetty alleges that he has been threatened and intimidated by members of the Nayak community in his village in Nanjangud.

The last three months have been a nightmare for Mysuru district’s Mallikarjun Shetty, a 47-year-old barber, as members of the dominant caste in his village of Hallara in Nanjangud taluk, have imposed a social boycott on him for cutting hair of people belonging to the SC, ST and OBC communities. In a heart wrenching plea, Mallikarjun Shetty alleged that members of the Nayak community in his village had imposed a social boycott on him and were demanding that he pay a fine of Rs 50,000 for cutting hair of people from the SCT, ST and OBC communities and not increasing the rates for them, as demanded by those from the dominant caste.

Speaking to TNM, Mallikarjun Shetty said that the issue began three months ago, when leaders from the Nayak community, Mahadeva Nayak, Shankara, Shivaraju and their followers went to his barber shop and asked him whether he cuts hair for people from the SCT, ST and OBC communities. When Mallikarjun said he does not resort to caste-based discrimination, the three men allegedly demanded that he listen to them or face loss in business. The men allegedly told Mallikarjun to charge Rs 300 for a haircut and Rs 200 for a shave for those from the lowered castes.  “I told them that I can’t charge more than Rs 80 and Rs 60 for a haircut and shave, as I wanted to keep prices equal for all. I even went to the police and they came to the village and warned Mahadeva Nayak,” Mallkarjun told TNM, while adding that things got worse for him after the police visited the village.

Mallikarjun said that Mahadeva Nayak and his henchmen allegedly began asking people in the village not to go to his shop as he had been placed under social boycott. He said that Mahadeva Nayak and his men allegedly took his 21-year-old son from his residence one afternoon two months ago. “They forced him to drink alcohol. When he was drunk, they stripped him naked and shot a video of it. They can be seen forcing him to speak bad things about the Nayak community,” Mallikarjun alleged. When he decided to go to the police, Mahadeva Nayak allegedly threatened to share his son’s video on social media. He alleges that he was made to pay a fine of Rs 5,000 to Mahadeva Nayak for not listening to their dictates.

“The boycott has still continued. I have refused to listen to them. Now they are demanding Rs 50,000 fine from me. I don’t have that kind of money. I have been seeking help from the Nanjangud Tahsildar so many times but he doesn’t care so I decided to speak to the press,” Mallikarjun alleged. On Thursday, he submitted a written complaint to the Nanjangud Tahsildar  Mahesh Kumar, seeking intervention. In his complaint, he alleged that despite reaching out to the Nanjangud Rural Police many times, no action was taken against the men threatening him.

Mallikarjun said that he was afraid to file a complaint as Mahadeva Nayak had threatened to share his son’s video on social media. Tahsildar Mahesh Kumar said that he would visit the village later on Thursday and probe the matter. “If there is any evidence of any atrocity committed, I will ask the police to take suo motu cognizance and register an FIR,” Mahesh Kumar said.