Don’t want to prosecute Tejasvi, DKS and others over mask violation: K’taka govt to HC 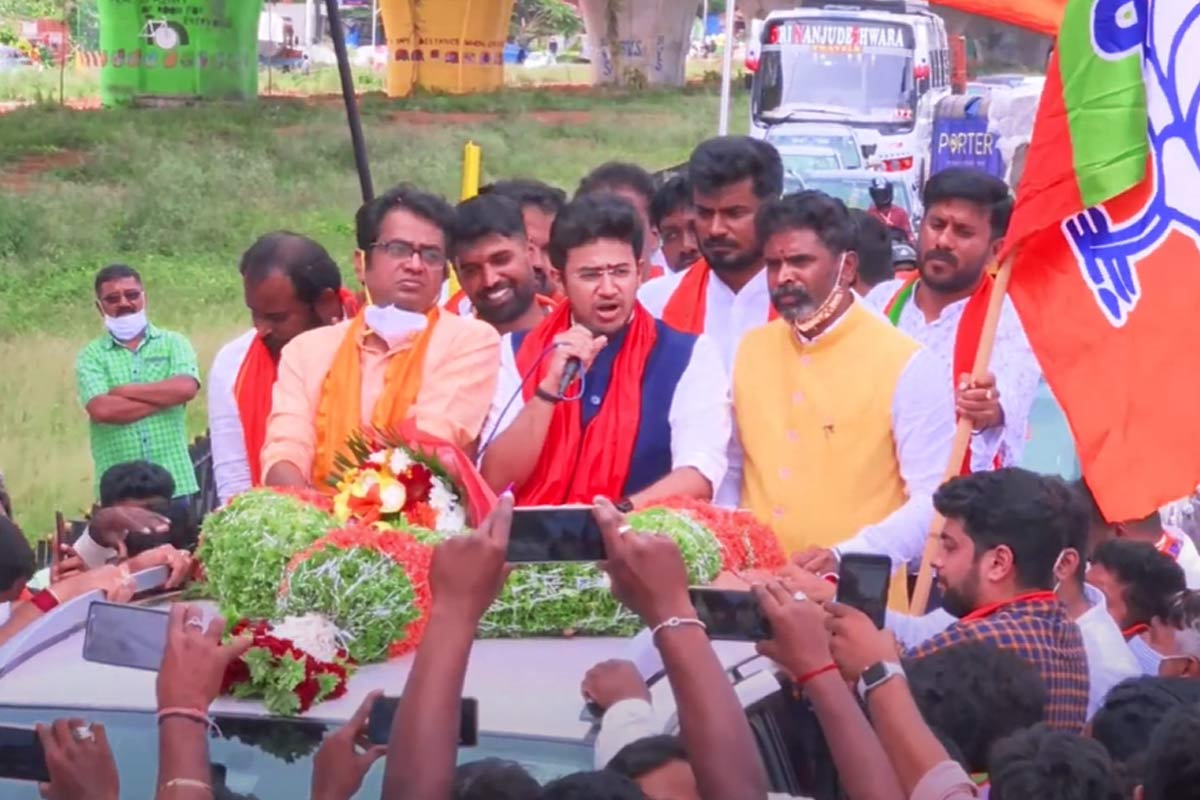 Karnataka govt has earlier told the HC that Surya has paid a fine of Rs 250 for violating mask rule.

The Karnataka government on Thursday told the High Court that it does not want to prosecute Bangalore South MP (Member of Parliament) Tejasvi Surya and other political leaders for not following the rule that one needs to wear a mask while stepping out in public. In an affidavit, the state government said it will not pursue action against violators of the mask and physical distancing rule under the Karnataka Epidemic Diseases Act as it is the uniform policy to not inflict harsh punishment. The state government said that fines of Rs 250 for urban areas and Rs 100 for rural areas is deemed as sufficient punishment.

To this, a bench led by Chief Justice AS Oka observed that once a person furnishes the fine amount, they admit to committing the violation, and the state government;s failure to prosecute them has serious consequences. The state government has been urged to put its statement on record on the next date of hearing.

State Government in its affidavit has informed Karnataka High Court that it does not intend to prosecute @Tejasvi_Surya and other political leaders under the Karnataka Epidemic Diseases Act for not wearing face masks while attending political rallies.

The state’s submission comes as Chief Justice Oka and Justice Vishwajith Shetty are hearing a petition filed by advocate Ramesh Puthige raising allegations that directives for COVID-19 management laid down by the Ministry of Home Affairs (MHA) were not followed or implemented in Karnataka.

Earlier the state government has told the court that it has collected fines from Tejasvi Surya and other political leaders for violating mask and physical distancing protocols. This after the petitioner had produced photographs of Surya was seen without masks and participating in a rally held on September 30.

On Thursday, the HC further observed that the state government’s refusal to not prosecute violators was intended only to protect politicians. Even opposition leaders like Karnataka Pradesh Congress Committee (KPCC) President DK Shivakumar were also found guilty of the same violations.

Chief Justice Abhay Oka led bench takes objection to the stand taken by the state says “The intention is to protect a particular class (politicians).”