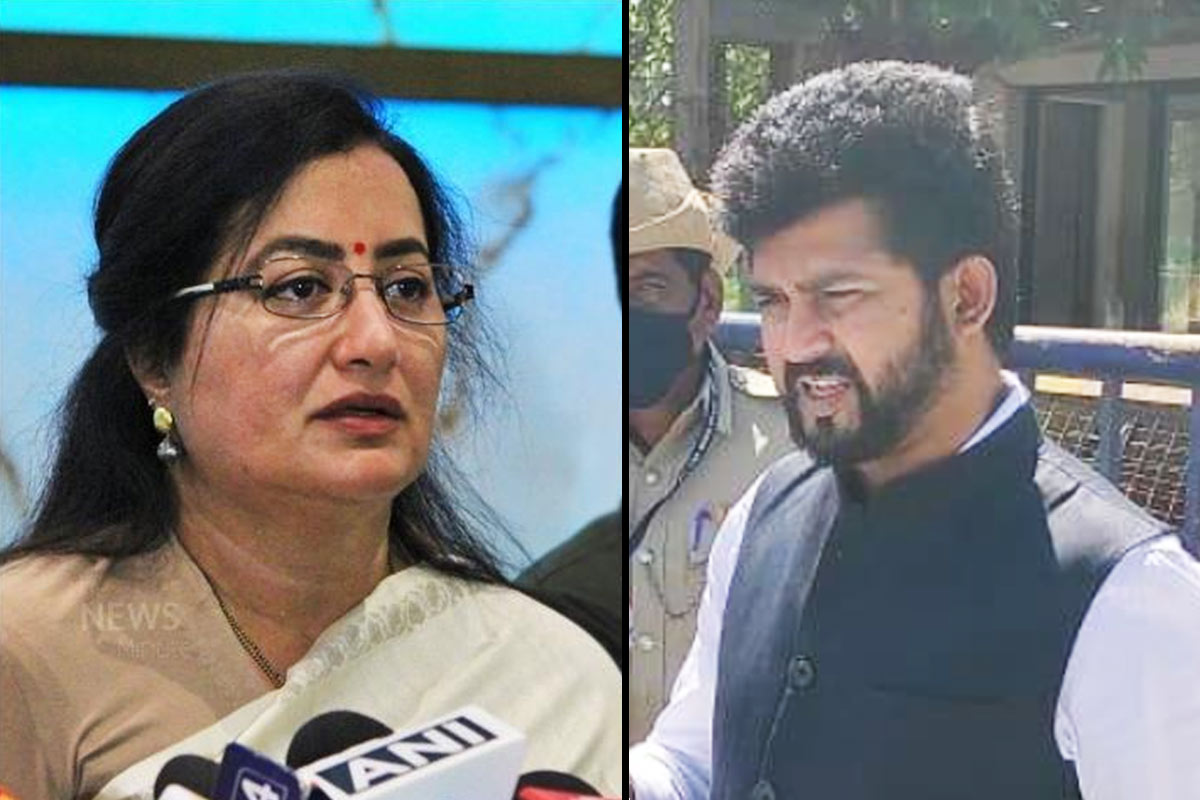 The war of words began after Pratap Simha called Sumalatha Ambareesh “good for nothing”.

The war of words between Mysuru-Kodagu BJP MP Pratap Simha and independent MP from Mandya, Sumalatha, has escalated, leading to the BJP leadership intervening and cautioning the Mysuru MP. The war of words began on Sunday after Pratap Simha called Sumalatha a “good for nothing MP, who doesn’t get work done”. In a video that went viral on Sunday, Pratap Simha can be heard saying, “People of Mandya have voted for Sumalatha Ambareesh with the sole purpose of defeating Deve Gowda’s family and his grandson. She has no capacity to get work done here and does not allow work to be done. If there is any work related to Mandya, please come to me and tell me. That woman is good for nothing,” Pratap Simha had said.

Following this jab, Sumalatha Ambareesh refused to give a statement and on Monday, she told reporters that she did not deign to respond to Pratap Simha’s statement as he failed to address her with the respect she rightly deserves. She countered the Mysuru-Kodagu MP’s allegations and said that Pratap Simha was trying to mask his shortcomings by placing the blame on her door.

“You know how the ‘Pete Rowdys’ (city thugs) are, he (Pratap Simha) is behaving on those lines. I have listened to such condescending statements even during the election campaign. Even though KR Nagar falls under Mysuru Lok Sabha constituency, when I visit KR Nagar, people come to me with problems. They have no proper development there. They need proper roads, drains. I have spoken to Pratap Simha about it and when he did not bother, I was only trying to address the issue and help the people. I did not speak about it before because why should I publicise things that I have to do as my duty?” Sumalatha questioned.

KR Nagar, which lies within Mandya district’s geographical borders, comes under the Mysuru-Kodagu parliamentary segment. Sumalatha said that the people from KR Nagar come to her with their issues of lack of proper roads and sanitation facilities. She alleged that Pratap Simha has failed to perform his duties as an MP due to which the people went to her with their problems.

Rebuffing Sumalatha’s statement, Pratap Simha on Wednesday said that he wanted people from the economically weaker sections of the society to get opportunities to contest elections, whilst Sumalatha is an “actor who could not understand the nuances of social work”. “She is an actor and she is ignorant about these issues.  I fail to understand her remarks about me. Maybe she was just acting out dialogues after going down memory lane because the media provoked her into a response. You don’t have to take her words seriously,” Pratap Simha added.

He countered her allegation of “Pete Rowdy” and said that he would be inspired by her late husband and actor Ambareesh’s role of the villain in the movie Nagarahavu.