Post-lockdown, airport in Belagavi first to achieve a turnaround 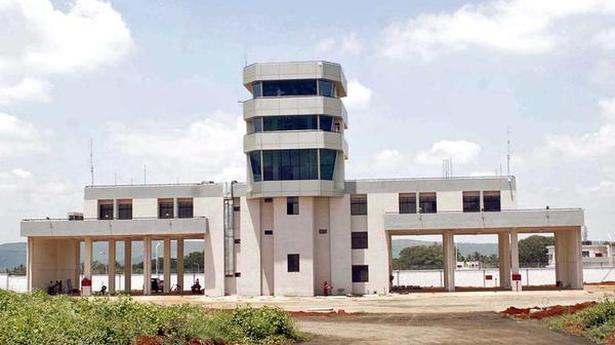 It handles 23,170 passengers in September this year, to be in third place in terms of numbers

Belagavi Airport has become the first in the country to achieve a turnaround after the COVID-19 lockdown. It handled more than 23,000 passengers in September 2020, nearly 2,000 more than it did in September 2019.

The domestic airport at Sambra (IATA:IXG), which is around 20 km from the city, has seen the arrival and departure of 23,170 passengers in September this year. This is around 9 % more than the 21,339 passengers that entered or left this facility in September last year.

All the airports were shut down from the midnight of March 23, following directions from the Union government. The ban was lifted in May 25.

However, the number of passengers was markedly reduced in the post-lockdown period as business was down and there were severe restrictions on movement by road between States or districts.

However, within a month of opening up, Sambra Airport began handling huge crowds.

“Even amid restrictions, there were over 10,200 passengers in June. In July and August, it was handling the third highest number of passengers. Between May and August, the airport handled over 42,700 passengers. In July, there were 14,147 passengers and in August, there were 17,914 travellers,’’ say airport officers. Belagavi retained the lead through July and August. In September, Belagavi was in the third place in terms of numbers, after Bengaluru and Mangaluru. It left behind airports in Hubballi, Kalaburagi, Mysuru, Vijayanagar in Ballari and Bidar.

Frequent fliers say that this is due to factors such as proximity to three States, expansion of destinations under the UDAAN Scheme and psychological factors that discourage people from driving for long on roads.

“Belagavi is equidistant to several towns and cities in Karnataka, Goa and Maharashtra. If you touch down in Belagavi, you could reach your home town in these three States, within a few hours of driving,’’ says Uday Kinjwadkar Abwale, a Belagavi-based businessman and aviation enthusiast.

“Secondly, by June-July, private airlines began flying to more cities from Belagavi. Fliers from Belagavi could reach cities such as Tirupati, Mysuru, Kadapa, Hyderabad and Indore. Thirdly, most people are still not comfortable driving long distances or using trains or buses. If this trend continues, Belagavi Airport will be among the busiest in the country,” he said.

Airport director Rajesh Kumar Maurya attributes the success to hard work by the airport staff and officers and the drive among citizens to come back to normality.