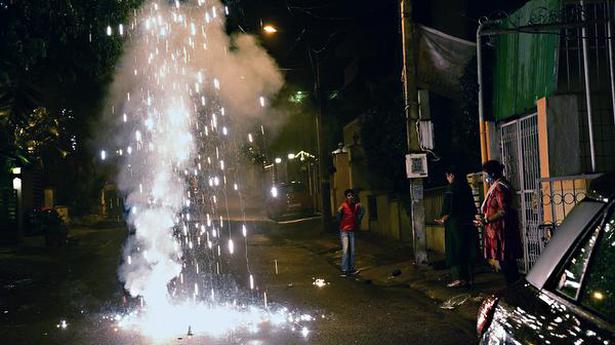 A large number of queries are from people in the 21 to 30 age group, according to Practo

Dip in temperature, fear of COVID-19, the Deepavali season which sees bursting of firecrackers, and fall in air quality in a few cities are propelling queries related to respiratory disorders.

Healthcare company Practo said there was 20% growth in respiratory-related queries compared to the previous month. Among the big cities, most queries were from Delhi, Hyderabad, Mumbai, Kolkata, Bengaluru, Chennai, and Pune. With people increasingly consulting doctors online to ensure that no symptom goes undiagnosed, most patient queries revolved around breathing issues, dust allergy, asthma, respiratory problems, and dry cough. A large number of queries came from people in the 21 to 30 age group (34%) followed by people aged 60 and above (28%).

Rajesh Bhardwaj, ENT specialist who consults on Practo, was quoted as saying: “Especially this time when we move from monsoon to winter, the air we breathe begins to get polluted. This happens due to various factors – since cold air is more dense particles remain suspended in it for a long period and remain on the surface. This is also aggravated by low winds, farm stubble burning, construction activity, and cracker bursting.”

Hirennappa B. Udnur, consultant pulmonologist at Columbia Asia Hospital, Hebbal, told The Hindu that with COVID-19 cases down, patients who were suffering from problems such as COPD and asthma were shoring up the courage to consult doctors again. “We are also getting patients who have recovered from COVID-19 but with COVID-19 related lung fibriosis, post COVID-19 sequelae, etc.,” he said.

This year, in Bengaluru, Karnataka State Pollution Control Board (KSPCB) data of the Air Quality Index (AQI) from November 14 to 16 showed that air pollution levels had reduced by 30.34% when compared with the corresponding festival days in 2019.

This was mainly attributed to the rule that only green firecrackers would be allowed (though the effectiveness of its implementation was questioned), as well as muted celebrations due to the pandemic.

Analysis of air quality data before and after Deepavali across Bengaluru, Delhi, Mumbai, Chennai, Hyderabad, Kolkata, Pune, and Jaipur from November 9 to 18 by Ambee, an environmental intelligence company, showed that Delhi recorded high levels of pollution with average AQI consistently above 250 before and after the festival.

On the other hand, Bengaluru remained the cleanest with average AQI ranging between 50 and 70.

In Bengaluru, the most polluted areas were Chandra Layout, Vijayanagar, Hampinagar and Nayandahalli with average AQI of around 90. The least polluted areas were the Kempegowda International Airport, Madiwala, Bellandur, Bommanahalli, Yemlur, Koramangala and HSR Layout. “It was noted that certain residential areas with large apartments had increased levels of PM2.5 which could be attributed to community cracker burning during Deepavali. Following rain right after the festival, there was some respite for the residents with a 40% drop in PM2.5 levels,” the company said.

Better off this year

K.S. Satish, president, Karnataka Pulmonologist Association, said increase in respiratory disorders during this time is a usual phenomena all over the world.

“Now the season for infections begins. Under the guidelines too, all respiratory disorders are taken as COVID-19 unless proven otherwise. However, fortunately, this year, firecracker bursting has been less than previous years. In addition, people are wearing masks. Though we are not in the peak of winter, we will definitely see fewer cases this time due to masking, cough etiquettes, and social distancing,” he said.