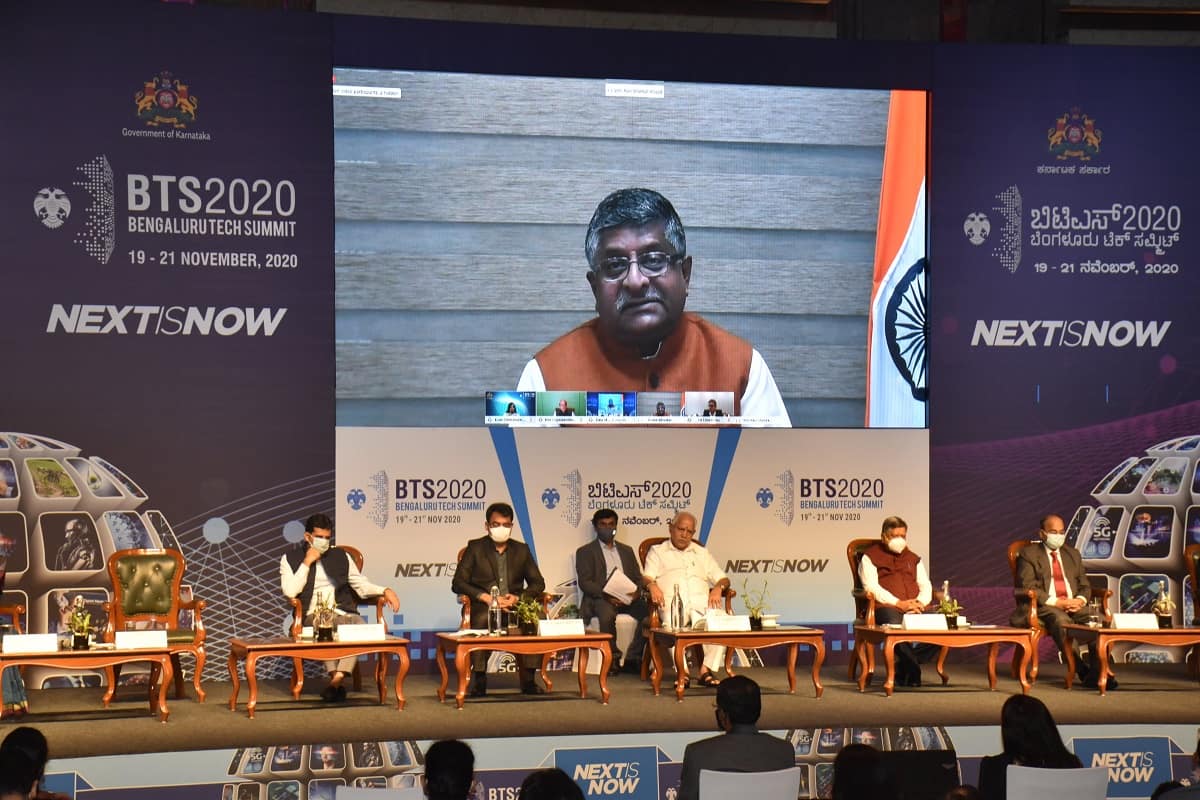 Ravi Shankar Prasad made the statement at the inaugural session of the Bengaluru Tech Summit on Thursday.

Union Minister for IT and Communications Ravi Shankar Prasad on Thursday revealed that nine of the 11 manufacturing units that make iPhones for Apple have shifted from China to India. Speaking at the inaugural session of the 23rd edition of the Bengaluru Tech Summit held virtually, he said that even during the pandemic period, “nine of their operating units along with component makers were shifted from China to India”. The Union Minister, while addressing the summit, told Chief Minister BS Yediyurappa that Apple has chosen Bengaluru for manufacturing iPhones. “I am pleased to inform BS Yediyurappa that Apple has chosen your city Bengaluru to manufacture their quality phones for India and abroad,” Ravi Shankar Prasad added.

‘I am pleased to inform @BSYBJP that Apple has chosen your city Bengaluru to manufacture their quality phones for India and abroad.’ – @rsprasad #BTS2020 #NextIsNow pic.twitter.com/sZe47SQXIg

Apple’s supplier Wistron already has a manufacturing facility in Kolar near Bengaluru where it has been producing Apple devices. Wistron is reportedly expanding its operations at the Bengaluru plant under the Union Government’s production-linked incentive scheme (PLI) and will soon begin assembling iPhone 12.

“In view of the enormous success in accelerating mobile manufacturing, we came with the big idea of production-linked incentive (PLI). This scheme was announced by me during the pandemic. Global firms have come to India. Including India’s national champions, they have committed to investing close to Rs 11 lakh crore in the coming five years,” Ravi Shankar Prasad said.

He said that during the pandemic too, the IT and communications sector over 7% growth and several major investments from international players have come to India during this period as many are looking to shift base from China.

Karnataka had earlier this year revised its Industrial Policy in order to attract investment into the manufacturing sector. “The state has realised the value of a strong global value chain when the pandemic hit us. We worked tirelessly with businesses to make sure the disruptions to businesses are as minimal as possible, and after the lockdown was lifted, made sure operations are back on track across sectors,” Jagadish Shettar, Karnataka Minister for Large Scale Industries said.

Karnataka also brought in the Industrial Facilitation Amendment Ordinance this year, which provides initial exemption from obtaining the preoperative clearance for industries, for a period of three years or until the date on which commercial operations begin.

Train services restored as work at Hubballi yard is postponed