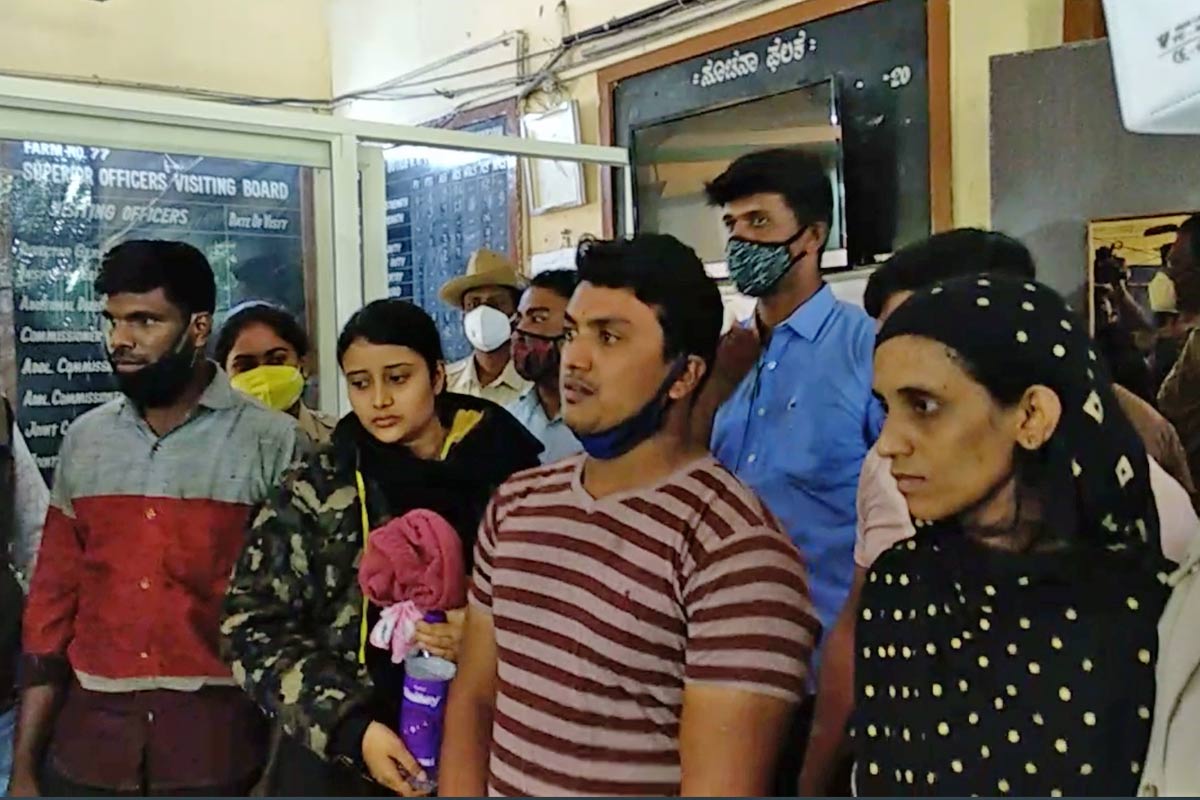 The Bengaluru police on Thursday arrested a 65-year-old woman for stealing a newborn baby from Vanivilas Hospital and selling it to another couple in the city. The police rescued the baby girl early on Friday morning and reunited her with her parents.  The incident occurred at the Vani Vilas Hospital and after extensive surveillance, the VV Puram police arrested the woman, identified as Ayesha, on Friday. Authorities suspect that she was involved in a larger ring of kidnapping and selling babies in Bengaluru.

The CCTV footage showed a woman wearing a white churidar, a white kurta and a black hijab can be seen carrying a baby wrapped in a white blanket outside the Vanivilas hospital. On the evening of November 9, 29-year-old Arshiya was admitted to the Vanivilas hospital after she went into labour. She delivered a baby girl at 12.30 am on November 10. The doctors at the hospital had put the baby under observation in the Intensive Care Unit (ICU) as water had accumulated in its stomach.

On November 11, the hospital made an announcement on its speakers that the baby girl was out of danger and called for her caregivers to take her back from the ICU. Two minutes after the announcement was made, at around 1.30 pm, Ayesha walked into the ICU and claimed that she was her grandmother. Ayesha even knew the names of the child’s mother and father. The nurse at the ICU handed the baby over to Ayesha and she walked away with the baby.

Meanwhile, Arshiya, who waited for her husband Abdul Rashid to return to the ward, informed him about the announcement. At around 4.25 pm, when Abdul Rashid went to pick up his baby, he was informed that the baby had already been taken.

“We were so shocked to hear how negligent the doctors were. How could they just give our baby away to anyone? I immediately went to the police station and filed a complaint,” Abdul rashid told TNM.

The VV Puram police procured the CCTV footage of the incident from the hospital. By using image enhancing techniques, the police were able to procure a photograph of the woman and circulate it to all government hospitals in Bengaluru. The investigators had also given the pictures to the staff at the ICU in Vanivilas Hospital.

On Thursday evening, Ayesha once again walked into the hospital and claimed to be the grandmother of another baby, which was in the ICU at Vanivilas Hospital. The staff, who already had her picture, called the VV Puram police and stalled Ayesha by asking her questions, which they claimed was new protocol. “She began fumbling to answer all these questions and it was clear that she was lying. Our police officers reached the hospital and arrested her,” the VV Puram Police said.

Upon interrogation, they learned that Ayesha had sold the baby for Rs 80,000 to a couple residing in Umar Nagh near Kumaraswamy Layout. Early on Friday morning, the police raided the house of the couple and rescued the baby. The couple has been arrested.

Baby returned to parents after rescue

“We suspect that Ayesha and even the couple who bought the baby are involved in a larger conspiracy. We are trying to identify all the people in this network. We will be making more arrests soon,” the VV Puram police said.

Ayesha and the arrested couple have been booked for kidnapping and criminal conspiracy. They were produced before a magistrate and remanded to police custody.