Bengaluru’s Ulsoor Lake partially covered in weeds and waste, BBMP says it will fix it 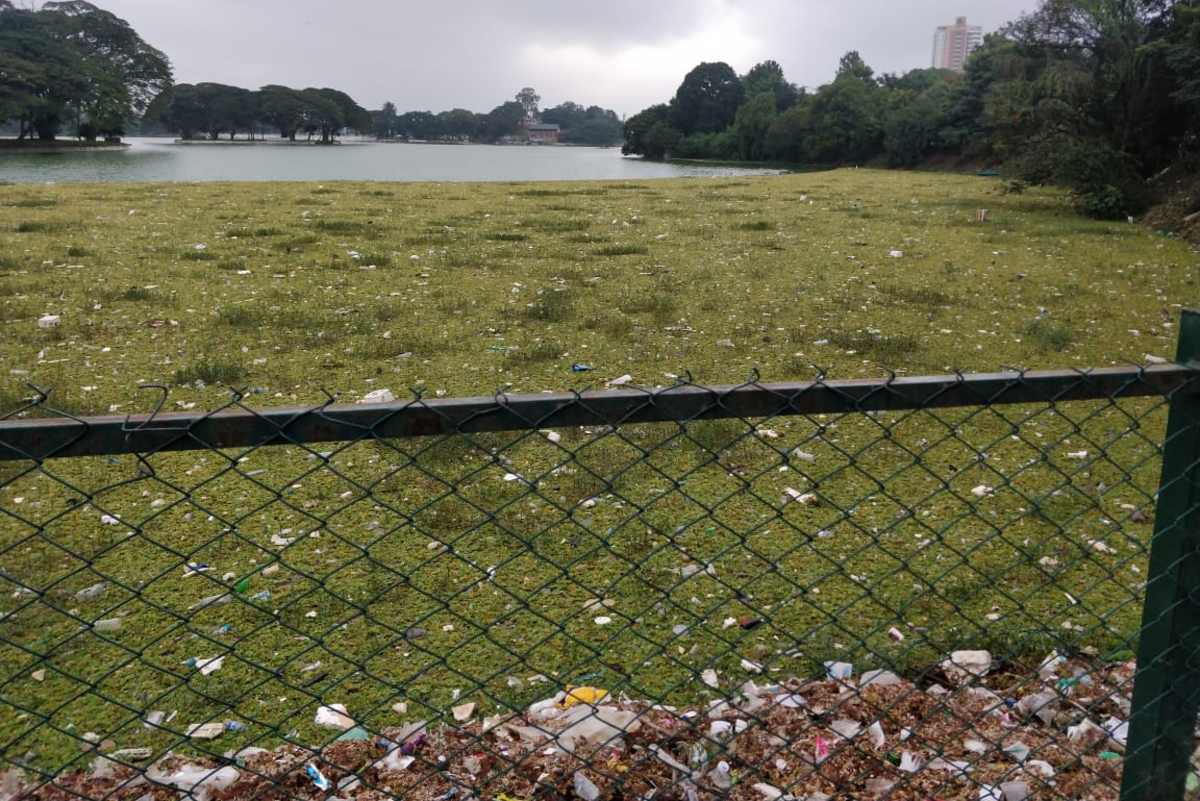 Apart from being an eyesore, regular visitors to the lake are concerned that its ecosystem might be disrupted, if not taken care of.

Bengaluru’s Ulsoor Lake, one of the largest in the city, has been seeing solid waste and weeds floating near one side of its banks for more than a week. This is an aberration, as the lake has been well-maintained by the authorities in recent times, unlike most of the other freshwater bodies in the erstwhile ‘city of lakes’.

People who walk along the pavemented boundaries of the lake report that the water, mostly near the RBANM’s College on Annaswamy Mudaliar Road, is infested with weeds. In addition to this, there is also solid waste that is found floating on the surface of the lake in the same area. Other than being an eyesore, walkers point out that the weeds and waste in the water may further affect the balance of the lake ecosystem.

According to the security staff of the lake, the issue has risen as the contractual staff engaged for regular de-weeding of the lake is yet to return from their Deepavali holidays. A security personnel said, “Before the Deepavali weekend, this area was getting cleaned twice in a week by the BBMP staff posted in the lake, who would remove the weeds and garbage that would float in the lake. But now they have gone to their hometowns for Deepavali holidays, otherwise there has been no weed in this part of the lake in a long time. 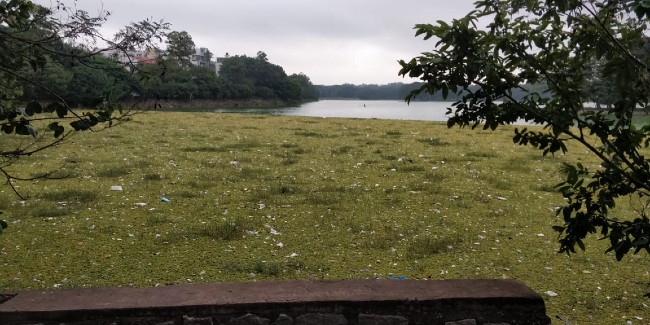 Mohan Krishna, Chief Engineer Lakes, BBMP said, “We will remove the weeds very soon. The situation will be back to normal.” However, he did not confirm if the holiday weekend was the only reason why the lake was not de-weeded.

Other than the BBMP, the Madras Engineering Group of the Indian Army, whose facilities are located in the surroundings of Ulsoor Lake, also regularly takes part in the lake cleaning activities all year round.