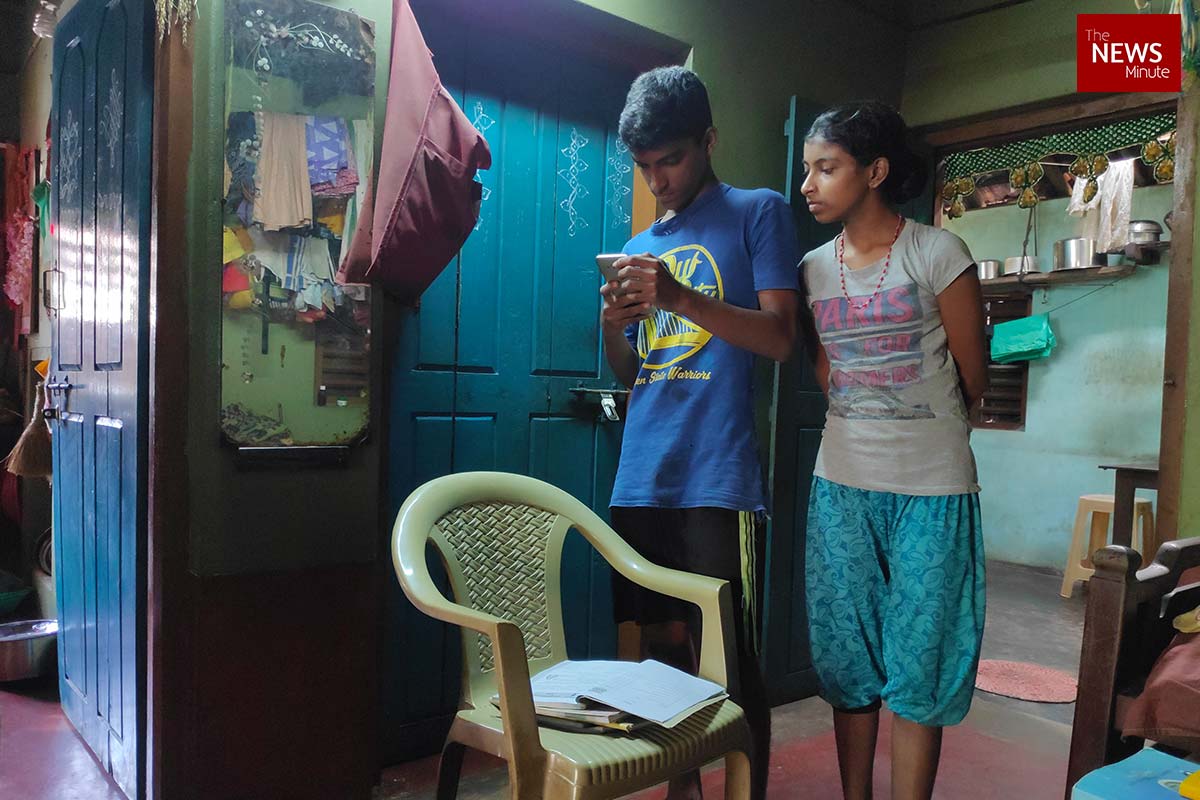 An exhaustive study by Azim Premji University undertaken in 1522 schools in five states concluded that online education is ineffective and inadequate.

Tanushree was sitting at a table in her room glued to YouTube lessons on her phone when the video sent by her teachers suddenly froze. The network connectivity had snapped. She got up and went towards the courtyard behind her house and found a spot next to a well. “The network is better here to load the videos,” says Tanushree, a 13-year-old student studying in class 8.

She studies at the Srivali High School, a private school in Chitrapur in Karnataka’s Uttara Kannada district. Her struggles to adapt to online education are mirrored by many others from remote areas in the district where students still gather at public places like bus stops to access stable mobile networks to attend online classes without disruption.

The problem of mobile connectivity

Uttara Kannada Deputy Commissioner (DC) Harish Kumar said that with education increasingly going online, the lack of network connectivity is an issue the district administration is keen to address. Earlier, the DC said that private mobile networks did not come forward to set up mobile towers in the district and discussions with state-owned BSNL were not conclusive.

“But that changed recently when Airtel came forward with a proposal to set up 10 mobile towers in the district. There were objections raised by local residents and Airtel has shared a court order with us stating that permission from urban local bodies and gram panchayats are not needed for setting up mobile towers. They say an arrangement with the owner of the land is sufficient,” said Harish Kumar.

Among the areas where Airtel is working to bring access is Devalamakki where students are currently gathering to study in bus stops.”We are setting up towers in Uttara Kannada district to ease concerns of students who are studying online. We are also adding more towers in the Western Ghats region to aid students as well as those who are working from home in this period. The district administration has expressed its support to enhance our existing capacities in the district,” an Airtel executive told TNM.

Smartphones a necessity for online education

Students like Tanushree were left confused when their teachers said that they would have online classes in June at the start of the academic year. “We were confused because we did not have a smartphone in our home,” Tanushree says. Her brother Tushar, 16, a student studying in class 11, decided to raise money doing carpentry work and use it to buy a phone. The siblings are supported only by their mother, who is a coolie worker in Chitrapur.

In a stroke of luck, a neighbour found out about their situation and gave them a smartphone to use for their education. “Until then, I was going to a friend’s house to use his phone and study,” Tushar says. 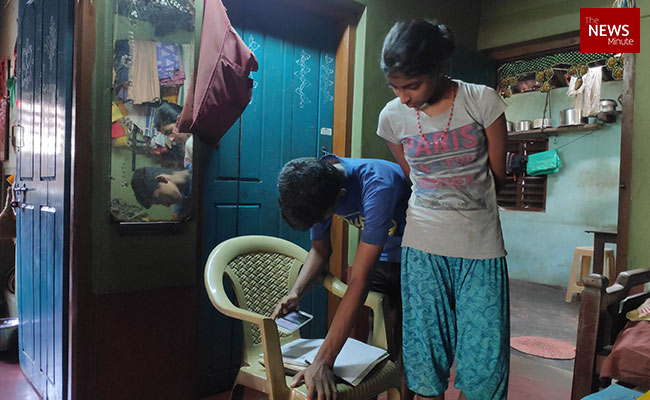 Tushar and Tanushree at their residence in Chitrapur, Uttara Kannada

Another student from Chitrapur – Bhoomika Naik – studies in class 7 at the Government Model Higher Primary School in Chitrapur, shares a similar story. “We did not have a phone in our house when the lessons were shared on WhatsApp at the start of the year. My father then bought a phone and it is now left in the house for my use,” says Bhoomika.

Unlike her counterparts in private schools, Bhoomika has not had regular online classes this year. Students in government schools had few online lessons in June and July at the start of the academic year before the Karnataka government started the Vidyagama scheme, a continuous learning plan devised by the Karnataka government which involved teachers meeting small groups of students in community centres, religious places, or under the shade of big trees, to take classes twice a week. 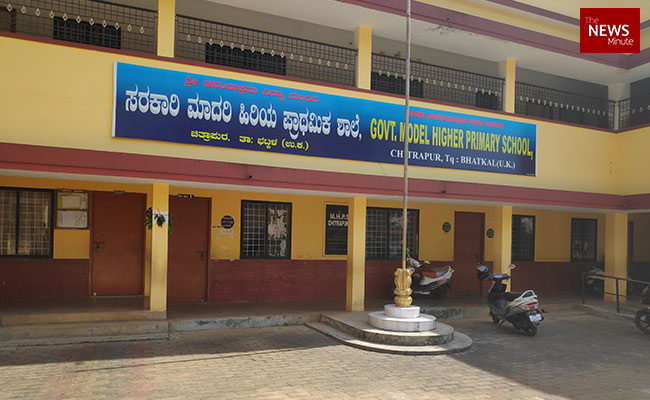 The Vidyagama scheme was discontinued on October 10 after an outbreak of coronavirus cases among 30 students from Ramdurg in Belagavi district. The state government will now restart lessons for government school students of classes 5 to 7 on the television channel DD Chandana from November 23. Karnataka’s public television networks have broadcast similar lessons for high school students.

The lessons on television are supported by notes and video links sent to students on WhatsApp. “Even though most students arranged a phone for themselves, we could see that the lessons shared on the WhatsApp group were not being accessed by many students. They live in remote areas without network connectivity,“ Vishnu Shanbhag, a teacher at the Government Model Higher Primary School in Chitrapur says.

“I know of people who opted for the Jio data plan which cost Rs 555 for 84 days. It gives you 1.5 gb data per day but in remote areas, the signal was weak,” adds Vishnu Shanbhag. Rs 555 is a significant financial outlay for parents in addition to buying a phone but many decided to pay up to ensure that it helps continue their children’s education. There were families which passed around their only phone among several children who waited for their turn to use the phones. 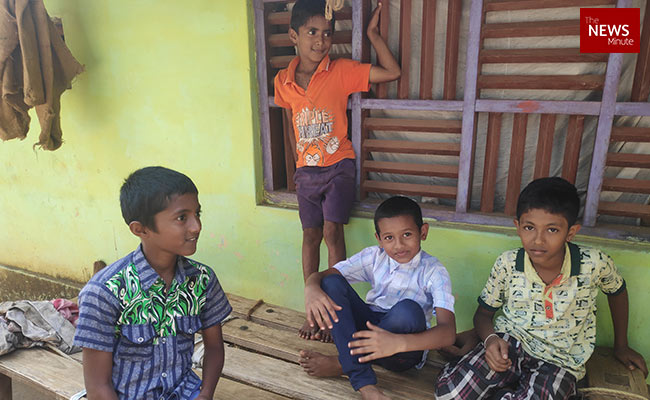 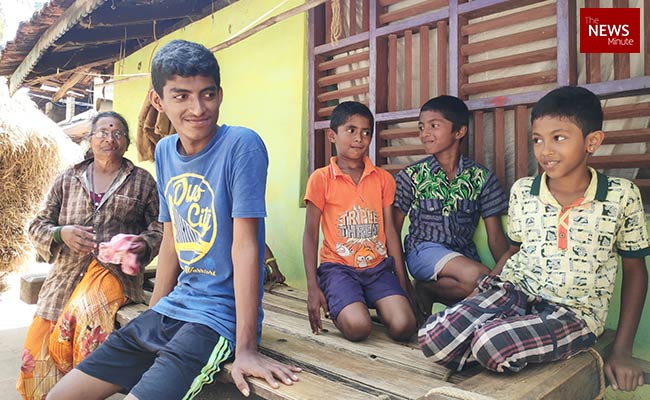 Online schooling is a new experience for teachers as much as it is for students . “Hardly any student calls teachers to clarify doubts about the lessons and we are observing that students are simply copying down the notes exactly as they are shared on WhatsApp,” laments Vishnu Shanbhag.

And parents themselves are unprepared for tutoring their children at home. “I was finding the English lessons tough because on video, the teacher was reading the lesson too quickly,” says Tanushree.

Bhoomika’s father Krishna Naik works at a soap factory in Chitrapur and does not use a mobile phone even now. He leaves the only phone owned by his family with Bhoomika and her younger brother Manoj, 10, when he goes to work giving the students unrestricted access to a smartphone. “A year ago, this was unimaginable,” says Savitha Naik, Bhoomika’s mother. In other cases, children often have to wait for their parents to return home before they access the day’s notes on WhatsApp. 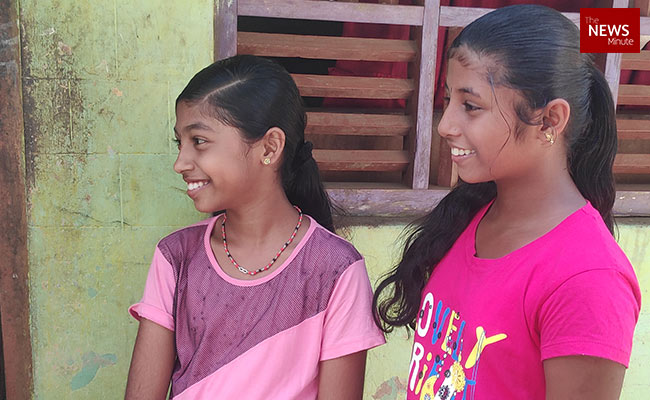 An exhaustive study  by Azim Premji University undertaken in 1522 schools in five states concluded that online education is ineffective and inadequate access was exacerbating the struggles of students. “More than 60% children cannot access online education opportunities;reasons for this include non-availability of or inadequate number of smartphones for dedicated use or sharing, and difficulty in using the apps for online learning,” the study stated.

TNM had earlier reported how higher education students in Uttara Kannada were meeting in bus stops to attend online classes. Students from villages like Nage, Shirve and Kove gather at the main bus stop in Devalamakki to study their lessons and download notes sent by lecturers. Local residents had pointed out that there was only one mobile tower in and around Devalamakki set up by Bharat Sanchar Nigam Limited (BSNL) and that residents were used to the prospect of travelling long distances to access cell signal. 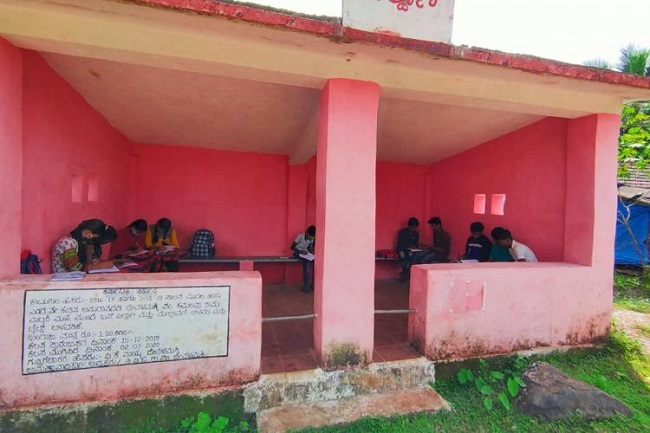 Students studying in a bus stop in Devalamakki, Uttara Kannada

While colleges were opened in Karnataka on November 17,  the future of school students is still unclear leaving them no choice but to adapt to online modes of education. Parents and teachers in Uttara Kannada concur that the lack of connectivity for remote learning is a serious issue and could lead to a digital divide – the gulf between those who have ready access to computers and the internet, and those who do not.