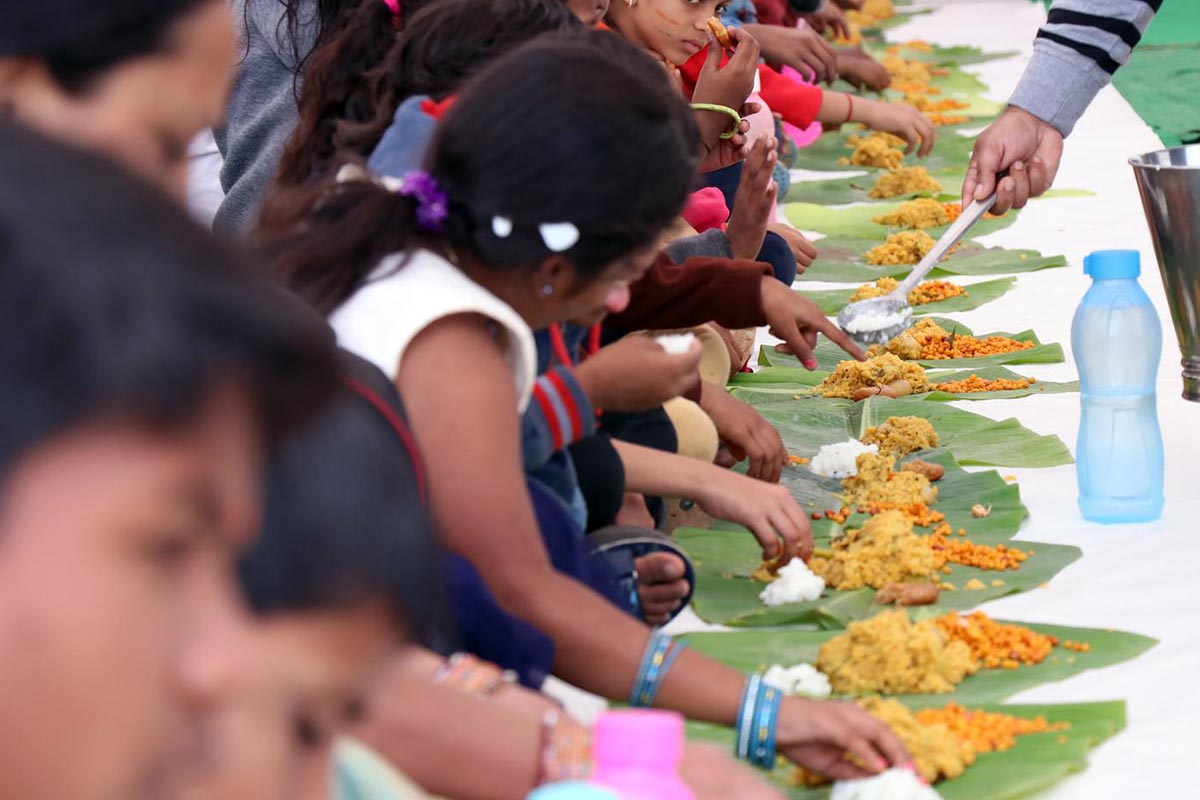 The internal report accessed by TNM says that ISKCON missionaries have mixed loyalties at the cost of Akshaya Patra’s governance.

Missionaries of ISKCON control the functioning of Akshaya Patra Foundation (APF), but have no accountability towards the NGO that receives money from donors and government coffers, according to a damning internal letter accessed by TNM. The letter, a copy of which TNM has in possession, follows an investigation by the Audit Committee of Akshaya Patra, and raises serious questions about misuse of funds by the organisation.

Akshaya Patra Foundation, a non-governmental organisation that provides mid-day meals to school children in several states in the country, is associated with the religious group ISKCON (International Society for Krishna Consciousness). The foundation has been in the eye of a storm in recent weeks after four independent trustees (including Mohandas Pai) with the organisation quit, alleging governance issues and misuse of funds. An Audit Committee member’s letter or report submitted last week and accessed by TNM has confirmed that internal investigation into whistleblower allegations has thrown up evidence of usage of funds from Akshaya Patra for capital expenditure by related entities (temple trusts).

The veracity of the report sent by one of the members of the audit committee has been confirmed by two other members as well as two former trustees of Akshaya Patra.  The seven-page report, addressed to the Chairman of APF Madhu Pandit Dasa and trustees, records the loopholes, defines the systemic problems and makes recommendations to rectify the system. TNM has no information about whether any of the recommendations have been implemented by the trustees of APF.

Cost per meal far higher than others

One of the key concerns flagged is the lack of control and financial discipline in the foundation. Sources in APF have confirmed to TNM that the starting point of the investigation was the high cost of the meals that were being produced. When the independent trustees asked about the reason for not being able to bring them down, the Audit Committee started to look into the process. The letter confirms the same.

According to APF, they serve mid-day meals to 1.8 million students in 19,039 schools in 12 states across the country every single day.

According to the member’s report, “Cost per meal for Akshaya Patra has always been a concern. Costs are far higher than any other similar organization for a similar meal. Any amount of questioning/review didn’t yield any result because the individual kitchens are run by missionary unit presidents who never demonstrated their accountability to the AP organization.”

The report has questioned whether grains and other materials that are supposed to be used for Akshaya Patra are being diverted elsewhere.

According to Akshaya Patra, the cost per meal is Rs 12.46 with various state governments subsidising more than half the amount at Rs 6.28 as of July 2018.

The report is highly critical of the role played by missionaries in the running of APF – which was also the reason cited by independent trustees for quitting the foundation. “Missionaries are mostly found to be in full control without corresponding accountability on efficiency, compliance, systems and controls to the formal organization of Akshaya Patra. They have very loose to no formal reporting to the professional CEO/CFO/corporate functions of the Foundation,” the report says.

“Line of demarcation between the Foundation and Temple Trusts in committing and incurring expenses for running of the specific unit, collection of donations, vehicle expenses, associated costs for fundraising, sharing of rented premises, fund raising, etc. has been blurred. There are no proper written contracts nor clarity and, in many cases,” the report says.

Madhu Pandit Dasa who is the chairman of APF is also the President of ISKCON, Bengaluru.

It’s not just grains, the money that is coming into Akshaya Patra is being used for other purposes, according to the letter. “There are no records and credible audit trail for the use of the kitchen of the Foundation by the Unit Presidents for the Temple Trusts, though the usage has been over the years across units/ locations. Usage of the kitchen including movement, storage, consumption of goods, movement of people, movement/use of assets in and out of the kitchen for the benefit of Temple Trusts is not an appropriate application of the funds of the Foundation,” the report says.

Beyond using kitchens for other purposes, the committee has also found that APF funds are used for ‘capital expenditure’ – and not for improving existing kitchens or building new ones.

“Based on an investigation in Rajasthan, it was found that the capital expenditure was incurred by Akshaya Patra for the related party use which did not have approval of AC,” the report says. While the report does not explain what the money in Rajasthan was used for, sources have confirmed to TNM that an investigation on funds being diverted towards building a temple and a cultural complex was being undertaken.

‘APF can come under scrutiny’

Arm’s Length Accounting – or Arm’s Length Principle – is defined as a transaction between two parties that are both independent and acting in their own self interest. The report says that an arm’s length consideration is not recorded – that is, the use of Akshaya Patra resources by other related entities is not demonstrably in the interest of Akshaya Patra.

The report is clear in indicting the leadership of the organisation, and not just workers, implying that the problems in APF are systemic.

“After due investigation, in almost all cases, it has been established that there have been wrongdoings on the part of Unit Presidents and/or other missionaries. It wouldn’t be an exaggeration to make a mention that the conflicting position of Trusteeship of Temple Trusts held by the Chairman and Vice Chairman of the Foundation including their reluctance to recuse themselves from such investigation proceedings is a serious bottleneck in ensuring a fair investigation including any credible follow-up/corrective action resulting from such investigation.”

‘Recoveries need to be made’

The report records that attempts were made to influence those who were investigating these irregularities. “Investigations have only demonstrated lack of cooperation and have engaged in negotiation with the special auditors with a view to influence their views, which are all alien to any good governance. Special audit by Ernst and Young was to be completed early October 2020, however since cooperation and data flow has not been forthcoming nor access to related party books being provided,(despite specific directive by the Trustees) the audit has not progressed with its targeted timeline.”

The funds for APF come not just from individual and corporate donors but the NGO also has tie-ups with several governments who provide incentives–financial and logistical. In the recommendations made by the AC, the conflict of interest between those who work for ISKCON and APF has been clearly underlined and suggestions to “Examine if any collection of donations or subscriptions to AP has been diverted to any related party given the conflict that exists across the years and regions.”

The letter also iterates the need to recover from trusts, organisations to which the resources of APF have been confirmed leaked.

Former CFO of Infosys and former Audit Committee chairman of APF, V Balakrishnan told TNM, “I do confirm that this is the mail sent by one of the AC members to the chairman and trustees of TAPF reflecting the collective views of all AC members and other independent trustees. It is for the new board, auditors and the government to take appropriate action, if any.”

The issues highlighted in the letter and the fallout thereafter pertains to the mid-day meal scheme that feeds over 18 lakh students across the country. While the shadow of misappropriation continues on the current trust, those who have stepped down have urged for the matter to be rectified at the earliest and while that is being worked, for the current trustees to recuse themselves to ensure a free investigation.