Vishwanath comes out against setting up of boards on caste lines 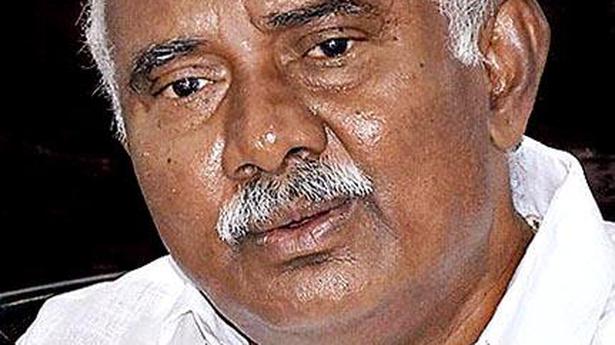 Former Minister and A.H. Vishwanath, MLC, has disapproved of the State Government’s decision to set up development boards on linguistic and caste lines.

Speaking to reporters here on Friday, he questioned the need for creating a Maratha Development Authority when the States had been reorganised on linguistic grounds and when disputes between different States were continuing to brew over border and language issues.

Similiarly, Mr. Vishwanath even decried the move to set up a Karnataka Veerashaiva-Lingayat Development Corporation, saying the creation of development corporations on caste lines would unnecessarily lead to differences among different castes and disturb peace in society.

Pointing out that Karnataka was a land of all religions and castes like Kuvempu’s description of “Shantiya Thota”, Mr. Vishwanath urged Chief Minister B.S. Yediyurappa to walk on the path shown by people like B.R. Ambedkar, Basaveshwara, and Mahatma Gandhi.

He urged the Chief Minister, whom he described as “senior-most and experienced”, to review his decision on the constitution of the boards on linguistic and caste lines.

Batting for a full complement of State Ministry, Mr. Vishwanath indicated that his hopes of securing a berth in the Ministry were alive. “Let us see. It all depends on the situation and opportunity. Even they (party leadership) would like to give us an opportunity. We also want the opportunity. But, in between anything can happen,” he said.

He said decision-making in national parties like the Congress and BJP takes time and added that only God, apart from Prime Minister Narendra Modi and Home Minister Amit Shah, knew whether the State Ministry would be expanded or reshuffled.

Referring to Union Minister for Chemicals and Fertilizers D.V. Sadananda Gowda’s contention that the newcomers to the BJP had not built the party, Mr. Vishwanath said numbers were very valuable in politics and added that Mr. Gowda was missing the “political calculations”.

When his attention was drawn to former Chief Minister H.D. Kumaraswamy justifying his party’s alliance with the BJP in the elections to different district cooperative banks, Mr. Vishwanath said the JD (S) leader was searching for stability of his political relevance. “He is search for such partners in politics,” he said.