‘Will not allow any group to force a bandh’: Karnataka Chief Minister Yediyurappa 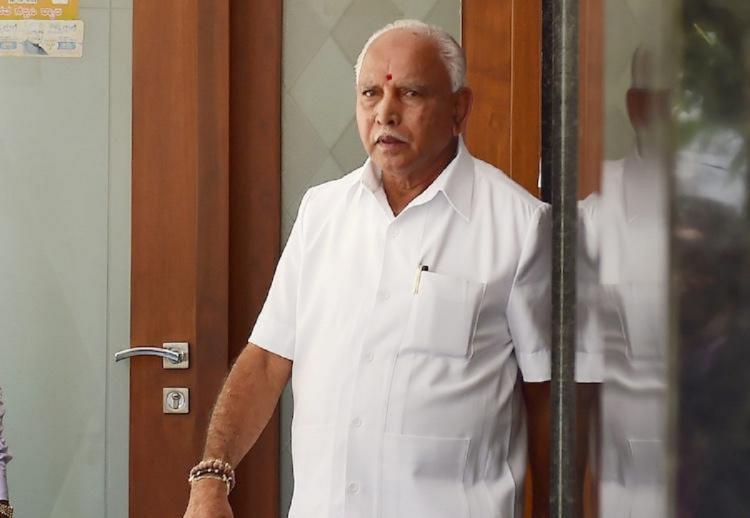 Yediyurappa’s statement came after pro-Kannada groups staged a protest in Bengaluru and other parts of the state.

Karnataka Chief Minister BS Yediyurappa on Saturday warned strict action against pro-Kannada groups, who “forcibly impose a bandh” in the state. He said that he would not allow a forced bandh anywhere across the state. Yeddiyurappa’s statement comes in the wake of pro-Kannada groups calling for a bandh on December 5. Cab and auto rickshaw drivers have offered their support for the bandh. The Karnataka Bar Owners’ Association too had lent support for the bandh and had agreed to shut down their outlets on December 5.

On Saturday, pro-Kannada groups staged a protest in Bengaluru’s Maurya Circle and several other parts of the state, demanding that the government withdraw its decision to allocate Rs 50 crore for setting up the Maratha Development Board ahead of the Basavakalyan and Maski bye-elections.

“I am asking all pro-Kannada organisations to come and be a part of the bandh on December 5. We are requesting the government to withdraw its decision to set up the Maratha Development Board. If the government does this before December 5, we will call off the bandh,” Vatal Nagaraj said.

Pro-Kannada protesters led by Vatal Nagaraj burnt effigies and shouted slogans against the government’s decision. Protesters were detained by the police in Bengaluru and Gadag. In this backdrop, Chief Minister BS Yediyurappa spoke to the media at the Vidhana Soudha and said, “I am for Kannada and Kannadigas. I am ready to take any measures for their welfare. I will not allow any groups to force a bandh anywhere. I have noticed that they have burnt effigies and resorted to disruptive activities. This will not be tolerated,” BS Yediyurappa said.

The Chief Minister said that protests can be held peacefully but he would not allow a bandh to take place. He said that the protests were taking a ‘different colour” for reasons that were other than “development of Kannadigas”.

“My government is trying to do justice to all groups of people without any discrimination. This bandh is not meant for what they are saying but has a different colour to it. So, I am asking them to peacefully withdraw their call for a bandh,” BS Yediyurappa said.