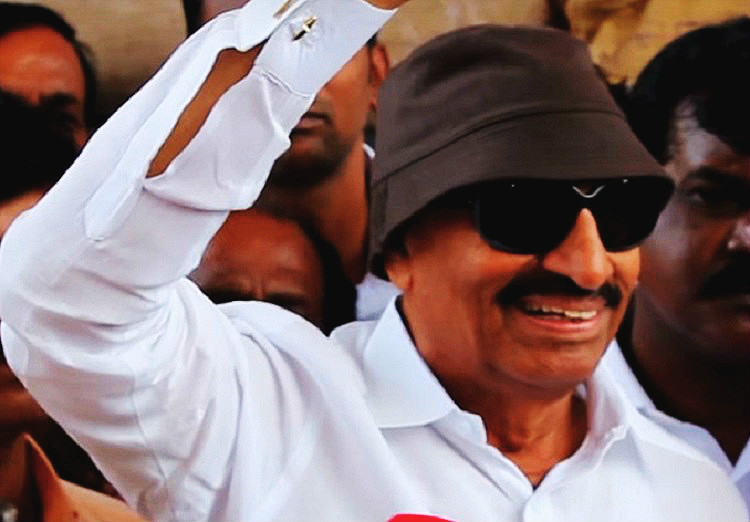 Activist Vatal Nagaraj said if the newly formed Maratha Development Authority is not rolled back, pro-Kannada groups will go ahead with a bandh on December 5.

Despite a government warning, pro-Kannada organisations indicated that they are ready to go ahead with the Karnataka bandh planned on December 5 in protest against the formation of the Maratha Development Authority (MDA). Speaking to reporters, serial protester and pro-Kannada activist Vatal Nagaraj said that if the newly formed MDA is not rolled back, pro-Kannada groups will go ahead with a bandh in two weeks time. “If the decision is not reversed, we will do a Karnataka bandh on December 5. Chief Minister Yediyurappa should resign,” Vatal Nagaraj told reporters in Bengaluru on Saturday.

On Friday, pro-Kannada groups staged a protest in Bengaluru’s Maurya Circle and several other parts of the state, demanding that the government withdraw its decision.

Chief Minister B S Yediyurappa had on November 13 announced setting up the MDA, earmarking Rs 50 crore for the overall development of the Maratha population in the state. The move was seen in some quarters as an attempt to woo the sizeable community members in Basavakalyan Assembly segment in Bidar district in north Karnataka and Belagavi Lok Sabha constituency bordering Maharashtra where bye-elections are due.

The decision has not gone down well with several pro-Kannada organisations. The consortium of pro-Kannada organisations such as Kannada Chalavali Vatal Paksha (KCVP), which Vatal heads, and Karnataka Rakshana Vedike (Shivarame Gowda faction) passed a resolution opposing the government move and deciding to stage the bandh. The Ola-Uber Drivers and Owners Association too, has extended its support to the bandh.

In a statement, KCVP chief Vatal Nagaraj claimed support of the former chief of the Kannada Development Authority, Mukhyamantri Chandru and former head of the Kannada Film Chamber of Commerce, Sa Ra Govindu, among others, for the consortium.

However, two other factions of Karnataka Rakshana Vedike belonging to T A Narayana Gowda and Praveen Shetty, have said they would take a call only after discussing with their leaders.

As the matter snowballed into a controversy after his announcement, Yediyurappa clarified that he was only setting up the Maratha Development Authority and not the Marathi Development Authority. He stated that Maratha community members are “staunch Hindutvavadis”, many of whom need to be elevated socially and economically.

The Chief Minister has warned that he would not allow any ‘forced bandh’ on December 5. “We will take strict action if the forced bandh is called,” he had said.