Video: Dhruva Sarja gets haircut for cancer patients, urges others to do the same 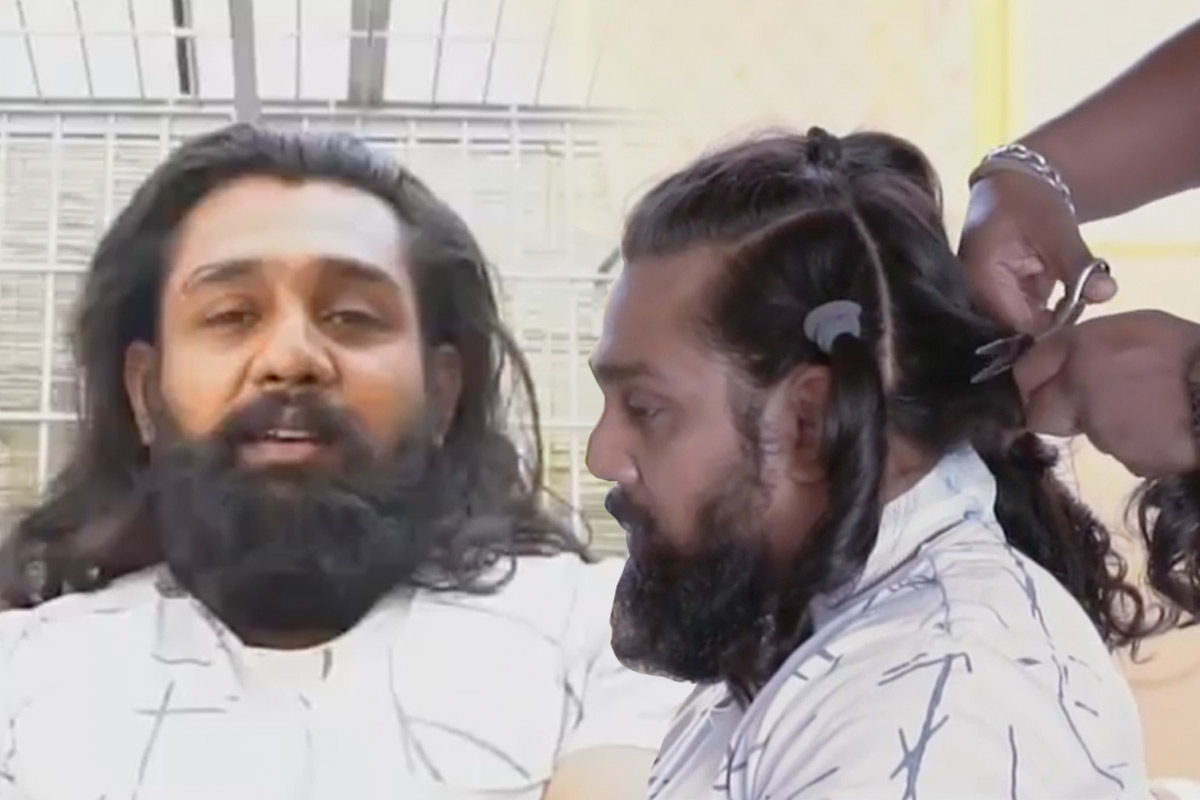 Dhruva had grown his hair for his upcoming film ‘Pogaru’.

Kannada actor Dhruva Sarja on Saturday posted a video of his haircut to raise awareness about donating hair which can be used by cancer patients. “This Haircut of mine will always be remembered…. finally Jai Hanuman,” Dhruva Sarja posted as a caption on a video on Instagram.

Before getting the haircut, Dhruva Sarja in a message to viewers said, “If hair is 10 inches long, then it can be donated and it could be used by young (under 15) cancer patients who suffer hair loss due to chemotherapy.” He said that he was posting the video to create awareness about cancer and hair loss.

He urged others to donate hair when they get their haircuts. Dhruva Sarja’s long hair look was for the shooting of the film Pogaru which is his next release.

The video has already garnered over 4,20,000 views on Instagram. Dhruva Sarja’s upcoming film Pogaru was in a controversy earlier this year over the song titled ‘Karabuu’. The song showed the hero harassing the female lead, played by Rashmika Mandana, and people around them treating it as comedy with a touch of romance.

Dhruva Sarja made his debut with the 2012 film Addhuri and has since been a popular member of the Kannada film industry. His brother Chiranjeevi Sarja, another popular actor in Kannada films, died on 7 June, 2020.

Dhruva is married to Prerana, his longtime friend. The couple tested positive for the coronavirus and recovered in July 2020.