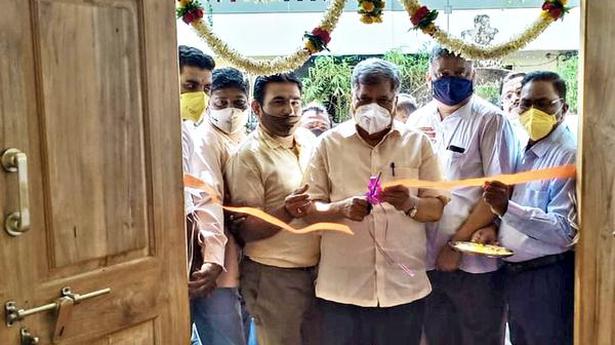 Minister for Large and Medium Industries and Dharwad district in-charge Jagadish Shettar has said that reputed companies would be making investments worth ₹ 6,000 crore in Hubballi and other places of Dharwad district as per the memorandums signed during the investors meet, “Invest Karnataka-Hubballi”.

Inaugurating a newly-built auditorium on the Ganesh Temple premises with grants from municipal corporation at Udaynagar here on Tuesday, he said that the process pertaining to the investments was on and soon the MoUs would be executed.

The Minister said that with the new investments coming into the districts, employment opportunities will go up in the field of Information Technology, Mechanical Engineering, Fast Moving Consumer Goods (FMCG) and other sectors. “Nearly 20,000 to 30,000 new jobs will be created in the region with the new investments. And, that would stop migration of the youths in search of employment,” he said.

Regarding development, he said that works worth over thousand crores are under progress in the twin cities, including those under the Smart City Scheme. Efforts are on to develop the twin cities into a beautiful and sustainable city. And, in the implementation of works under Smart City Scheme, Hubballi-Dharwad had secured the top rank in the State, he said.

Subsequently, the Minister performed Bhoomi Puja for road works worth ₹ 3 crore being taken up by the Public Works Department at Mayuri Estate. He also inspected the road works at Indira Nagar. BJP leaders Viranna Savadi, Mallikarjun Savakar, Santosh Chavan and others were present.